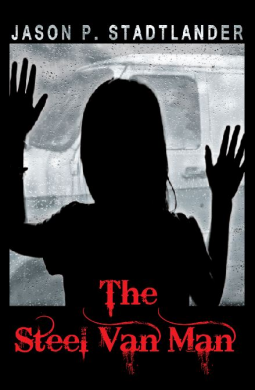 The modus operandi of this powerful thriller is the hook that snags the reader in chapter one and just won’t let go. In a sleepy coastal town north of Boston, a serial killer is murdering select victims, couples mostly. Intriguingly, however, this brutal hunter serves a higher calling. Detective Stanley Devonshire is uncovering a trail of evidence in an attempt to determine exactly how the killer has managed to continue on its horrific rampage undiscovered-for what appears to be eighty years now-and with the exact same pattern. At the outset, there is no discernible thread of reason connecting the killings. So Stan enlists the help of his long time friend from Marblehead, Detective Mark Brown. Stan is also joined forcibly by a stunning state police officer and imposing federal agent who follow him along on a journey of revelation-twist after convoluted twist. Devonshire is certain he is close to solving the cases stacking up on his desk, but in his attempt to identify the illusive killer, will he or someone close to him become the hunter’s next prey? The Steel Van Man has the reader holding his breath and postulating at every turn as the book weaves a story of murders committed, secrets revealed and justice sought. While the author weaves tantalizing threads of disclosure, the reader is driven in an uncomfortable direction, a direction he might prefer to avoid.

Definitely a very disturbing and creepy story; the opening chapter titled Experimentation is ghoulish and incredible. At first there seems to be no obvious connection or link to what you expect from this narrative…a murder/mystery…but that connection is abhorrently obvious when the grisly discoveries are made, (no spoilers’ here). Despite the gore factor being extremely high at this point I thought this was a great hook, I wanted to read more – even if at time I was a little doubtful that I could stomach the visuals presented to me.

However the rest of the book did not live up the expectations the introduction suggested.  A convoluted storyline, so many twists and turns I nearly went dizzy,  too many wild coincidences that nobody challenged or appeared to notice, main characters that were poorly developed and  a story line that was just too far fetched – I just could not suspend my disbelief and enjoy this book.  For me the ending was incomplete and just tied everything up into a nice neat package where it seemed just like a fairy tale where all would be alright in the morning.

And the premise that sometimes torture and murder as revenge/retribution/punishment is justified did not sit well with me.