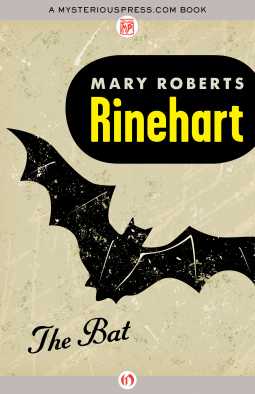 A supervillain stalks the countryside, and it will take a spinster to bring him to heel

For months, the city has lived in fear of the Bat. A master criminal hindered by neither scruple nor fear, he has stolen over one million dollars and left at least six men dead. The police are helpless, the newspapers know nothing—even the key figures of the city’s underworld have no clue as to the identity of the Bat. He is a living embodiment of death itself, and he is coming to the countryside.

There, he will encounter the only person who can stop him: adventurous sixty-five-year-old spinster Cornelia Van Gorder. Last in a long line of New York society royalty, Cornelia has found old age to be a bore, and is hungry for a bit of adventure. She’s going to find it—in a lonely old country house where every shadow could be the Bat.

A classic melodrama; I was so surprised to read that this was originally published in the 1920’s, to me it reads like a deliberately written piece of historical crime fiction – with all the mores, stereotypes, language and manners relevant to the time (but of course this is how it reads as it was  actually written back in the 1920’s!) I loved its grace; the manners and the formal language and style of this book. Ms Rinehart creates a wonderful setting of time and place mixed with humour, a little slapstick comedy and classic stereotypes.

As I read I could picture this story produced on stage; the moments of humour, the twists and turns and red herrings thrown at the reader, the stereotypical characters; the rich spinster, the Irish maid, the desperate young lovers…the lights in the spooky houses cutting out in the storm, the mysterious internal phone calls, the lights in the windows, , the door knob rattling, the face at the window…the shadow of the bat. I wanted to call “ohhh, ahhh” in mock fear as I read this clever fun romp (and then I discovered the providence of this book- its run as a successful Broadway play, and as the basis of several movies).  Why I am surprised at this I don’t know – it is written so well, almost a script. Today this reads as a great piece of historical crime fiction.