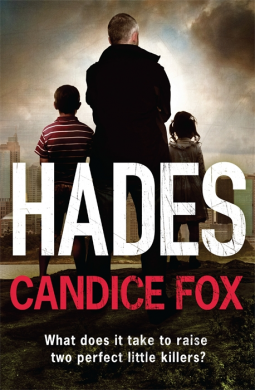 A dark, compelling and original thriller that will have you spellbound from its atmospheric opening pages to its shocking climax. Hades is the debut of a stunning new talent in crime fiction. Hades Archer, the man they call the Lord of the Underworld, surrounds himself with the things others leave behind. Their trash becomes the twisted sculptures that line his junkyard. The bodies they want disposed of become his problem for a fee. Then one night a man arrives on his doorstep, clutching a small bundle that he wants lost. And Hades makes a decision that will change everything…Twenty years later, homicide detective Frank Bennett feels like the luckiest man on the force when he meets his new partner, the dark and beautiful Eden Archer. But there’s something strange about Eden and her brother, Eric. Something he can’t quite put his finger on. When the two detectives are called to the scene of an attempted drowning, they find a traumatised victim telling a story that’s hard to believe – until the divers start bringing up bodies. Frank is now on the hunt for a very different kind of serial killer: one who offers the sick and dying hope at murderous cost. At first, his partner’s sharp instincts come in handy. Soon, he’s wondering if she’s as dangerous as the man they hunt.

I just finished reading this powerful book and feel rung out and emotionally empty. The pace is extreme, the violence and the fear are palpable and become yours. This is an incredible read! It is able to transport you into the lives and thoughts of so many of the characters.

The plot is original and twisted; black and bloody. The villain is ghastly; a vile unfeeling creature. The heroes too are twisted; conflicted, flawed, deadly. The narrative is engaging compelling. I was more than willing to suspend my disbelief and race through the pages, the body count rising higher and higher, my tension increasing.

The characters are unique and well fleshed out. The story is strong, bold, amazing. Tension runs riot on the page. Blood flows freely. This is a great murder/mystery, Dexter would be proud! This is how a crime thriller should make you feel.