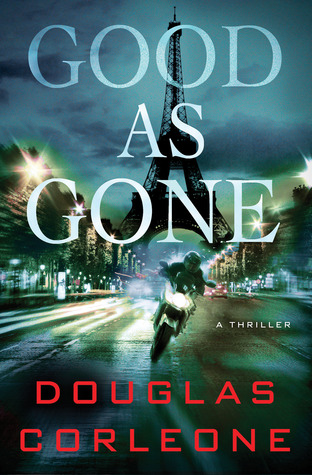 Former U.S. Marshal Simon Fisk works as a private contractor, tracking down and recovering children who were kidnapped by their own estranged parents. He only has one rule: he won’t touch stranger abduction cases. He’s still haunted by the disappearance of his own daughter when she was just a child, still unsolved, and stranger kidnappings hit too close to home.

Until, that is, six-year-old Lindsay Sorkin disappears from her parents’ hotel room in Paris, and the French police deliver Simon an ultimatum: he can spend years in a French jail, or he can take the case and recover the missing girl. Simon sets out in pursuit of Lindsay and the truth behind her disappearance. But Lindsay’s captors did not leave an easy trail, and following it will take Simon across the continent, through the ritziest nightclubs and the seediest back alleys, into a terrifying world of international intrigue and dark corners of his past he’d rather leave well alone.

This was a particularly fast paced, action packed adventure that hooks the reader with a tale of kidnapping that criss-crosses continents, visits flash night clubs and seedy backstreets and the dens of drug dealers, pimps and other assorted criminals. Along the way Corleone manages to make references to many contemporary social and health problems; the major health issues in Russia since Chernobyl, drug use, poverty, and the rise of child pornography and crimes against women to name a few.

This narrative has an interesting core, a story of corruption, greed and moral and ethical questions that will become evident in the final chapters (no spoilers here). If you like your action at break neck speed then this book is for you.