A crime mystery with intellect and humour. 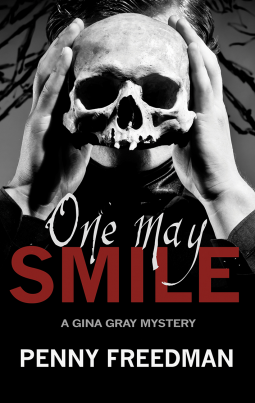 Penny Freedman strikes again with another of her thrilling ‘whodunit’ novels. Continuing on from the success of This is a Dreadful Sentence (Matador 2010) and All the Daughters (Matador 2012) we find ourselves catching up once more with Gina Gray, the central character whom readers love or hate, but certainly can’t ignore.

Struggling, as ever, with the demands of work, family and a precarious love life, Gina finds herself in the world of Scandinavian noir. A trip with students to perform Hamlet in Denmark, at the very castle where Shakespeare sets the play, starts out as an adventure, but at the last minute everything goes wrong. She has to take her three-year-old granddaughter, Freda, with her, David Scott, her ‘boyfriend, partner, lover or significant other’ breaks off contact and the student group turns out to be seething with neurosis, envy, conflict and soured relationships.

Even before the first death, Gina is wishing she could go home… but when one of the students dies in a car crash and the local police suspect foul play, she is drawn into the investigation. As other attacks follow and Gina stumbles towards the truth, hidden deep in Hamlet itself, police suspicion lights on her and a murderer’s net closes in around her. I could come over, David texts. No need, she replies. Can she really cope alone?

One May Smile takes place in a ‘cosy’ Middle England context, but takes us to dark emotional places with a lot of humour, black and otherwise.

And smile I did!

This novel is filled with fun, intellect, great insights into relationships, modern life and just a few acts of violence and murder; with more than enough action to satisfy any crime fiction enthusiast.  Freedman writes with pizzazz, adds a dab of Hamlet and a whisper of black humour and a trip to Denmark with a troupe of graduating university students come actors to set the scene. It is delightful to be part of the journey that reveals so much about human nature whilst providing a seriously good “whodunit”?

Freedman’s protagonist Gina Gray solves crimes the old fashioned way – by observation – people watching and analysing evidence – in this case the minutia of speech, language and the writing of texts and emails. A great satisfying read.

PS This is also a bargain prices read!!

2 thoughts on “Post Script: One May Smile – Penny Freedman”