Violence, sex addiction, relationship problems, office politics and crime – this book has it all! 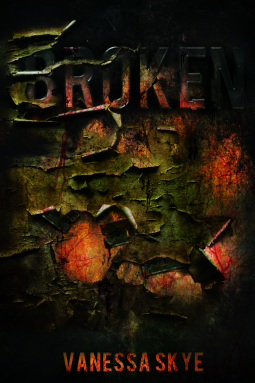 A mother is murdered in an apparent robbery.

A young woman is raped and beaten in a home invasion.

Chicago Detective Alicia “Berg” Raymond doesn’t believe in random crime and is certain both cases are more than they seem—but can she trust her instincts, or is she too distracted by the feelings she has for former partner and new boss? For Berg, the need for justice burns deep and fills the emptiness where therapy and relationships fall short.

She’s certain the husband knows more than he’s willing to admit, but the trap to catch the killer is the loophole that sets him free.

The rapist is caught and sent to prison, but when Berg gets closer to the family devastated by his depravity, their behaviour doesn’t add up.

As Berg fights to prevent another murder, she crosses the line between hero and villain—and there’s no turning back.

** Vanessa Skye is a journalist and public relations executive from Sydney, Australia, who has always loved a good story. Enthralled with examining the motivations behind people’s actions, Vanessa realized what she really wanted to do in life was combine her love of words with her fascination for human behaviour. Inspired by a recurring dream, Vanessa wrote her crime fiction debut, The Enemy Inside.

I think my appreciation of the characters and the back story would have been enhanced if I had read the earlier book, The Enemy Inside. There are many references to this earlier work and without this background I think it took me a little while to engage with this narrative. I struggled along piecing together the existing relationships, past misdemeanours and the serious and abusive history of Berg’s childhood and the horrendous events that took place at her workplace before this new chapter in her life begins. I had a lot to catch up on.

However once caught up I found this to be a fast paced, action packed police procedural with plenty to keep me interested. The plot twisted and turned and I feared for the inevitable as Berg’s life  spun out of control and began to disintegrate before my eyes. I must warn the potential reader; this story comes with a lot of graphic sex, explicit language and violence. It is not for the faint hearted.