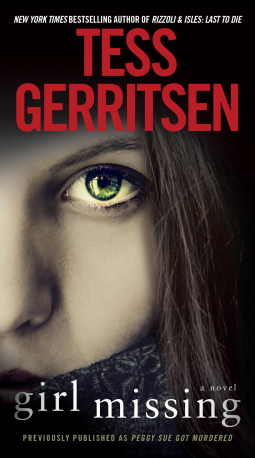 A beautiful young woman’s corpse is found dumped in a garbage-strewn alley. Now laid out in the office of medical examiner Kat Novak is an unidentified body that betrays no secrets—except for a matchbook clutched in one stiff hand, seven numbers scrawled inside. When a second victim is discovered, Kat begins to fear that a serial killer is stalking the streets, using a deadly drug to do his dirty work. The police are skeptical. The mayor won’t listen. One of the town’s most prominent citizens, with a missing daughter of his own, is also Kat’s chief suspect. As the death toll rises, Kat races to expose a deadly predator who is close enough to touch her.

Tess Gerritsen never fails to deliver a gripping complex plot, wonderful well rounded characters that you enjoy meeting and a narrative that is fluid and flows easily. As Ms Gerritsen says in her introduction to this novel this is her cross over novel; initially she wrote escapist romance novels and gradually become more involved in the thriller aspect of her writing. First published as Peggy Sue Got Murdered in 1994, recently updated and released as Girl Missing, this novel is a wonderful bridge to her now famous Rizzoli and Isles murder mysteries.

This novel is well written, engaging, has many plot twists and turns and the violence is low level (if you can call an explosion and a few murders low level). There is no deep forensic analysis or macabre rituals; instead we have an engaging narrative, a protagonist who is open, honest and says what is on her mind and a baffling mystery; a trail of lies and deceit that is eventually resolved. Ms Gerritsen is comfortable and competent writing any genre. If Ms Gerritsen writes it I will read it and enjoy.