A beautiful day to be by the river that passes through Mackay. 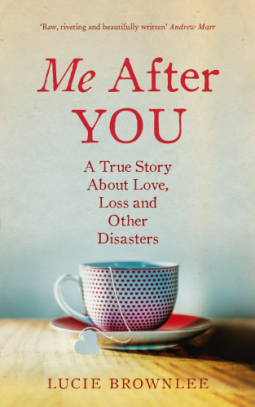 ‘He crashed on to the pillow next to me, heavy as a felled oak. I slapped His face and told Him to wake up.

Our daughter, B, appeared in the doorway, woken up by the screaming – I must have been screaming but I don’t remember – and she was crying and peering in. I told her the ultimate adult lie; that everything was all right.’

Sudden death is rude. It just wanders in and takes your husband without any warning; it doesn’t even have the decency to knock. At the impossibly young age of 37, as they were making love one night, Lucie Brownlee’s beloved husband Mark dropped dead.

As Lucie tried to make sense of her new life – the one she never thought she would be living – she turned to writing to express her grief.

I have been struggling with what I will write in this review – somebodies memories are what they are – memories and personal reflections. This is not a work of fiction where you can like or dislike the characters, or look for the plot twist or know it will all work out ok in the end. This is real. This life. And this is at times emotionally raw and blunt.

I picked up this book because I was looking for answers – I am not grieving but someone close to me is and it breaks my heart not being able to help them in their time of need. I discovered that grieving whether for a relationship that has been severed or a partner or relative that has died, no matter what reason…is difficult, traumatic, exhausting and so very personal. No one can feel the loss the way you feel the pain. No one can rally help you “get over” the severance of that cord that bound you together. You have to do that yourself and that takes time.

What I learned is that you can help by providing company, being a sounding board, checking in and seeing that everything is ok, giving hugs, providing the physical help – doing the dishes, hanging out the washing, making meals, reminding the grieving one that they are achieving, they have coped with organising/ dealing with all those mundane things that still need attention at this time; moving house, arranging/dealing with insurance companies, government departments, rental agencies, getting up each day and facing the next one…and by sharing that one day when you least expect it you will notice that life is just a little easier and the weight on your shoulders a little lighter.

This is a brave, at times blunt and open personal story of love and loss and the road to recovery.

This was amazing to see and walk on…the sand went on forever.

Bob is searching for the sea.

I did a double take the first time I noticed this at the club bar at the caravan park.

We read the sign and decided to forgo a walk along the shore.

A candid and at times brutally honest view of life and death and a child’s struggle to not be like his parents. 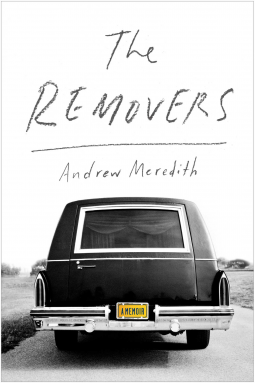 A dark, poignant, and emotionally brave coming-of-age memoir: the story of a young man who, by handling the dead, makes peace with the living.

For almost twenty years I mistook my father’s downfall as my own. But it wasn’t. It was not my sister’s either, nor my mother’s.

A literature professor at La Salle University, Andrew Meredith’s father was fired after unspecified allegations of sexual misconduct. It’s a transgression Andrew cannot forgive, for it brought about long-lasting familial despair. In the wake of the scandal, Andrew’s parents limp along, trapped in an unhappy marriage. Meanwhile, Andrew treads water, stuck in a kind of suspended adolescence—falling in and out of school, moving blindly from one half-hearted relationship to the next, slowly killing the nights drinking beer and listening to music with his childhood friends.

Broke, Andrew moves back home to his childhood neighborhood in Northeast Philadelphia and takes a job alongside his father as a “remover,” the name for those unseen, unsung workers who take away the bodies of those who die at home. He describes, as only a professional can do, the intimate, horrific, poignant, and occasionally morbidly comedic aspects of handling the dead. Just how do you carry a 500-pound corpse down winding stairs? What actually happens to pacemakers, tooth fillings, surgical screws, artificial hips, and anything else that the deceased has within his or her body? Andrew begins to see his father not through the lens of a wronged and resentful child, but as a sympathetic, imperfect man who loves his family despite his flaws. Eventually the chip on his shoulder starts to lose its weight.

Poetic without being florid, and with the literary ability to transform the naturally grotesque into the exquisite, The Removers is a searing story of a young man who finds in death a redemptive path toward the forgiveness of the living, including himself.

Meredith writes with ease and a lack of self-consciousness that is refreshing and engaging; that he is able to analysis and describe his formative years with such honesty and naturalness is a pleasure to read. Thoughts and actions flow easily onto the page. Meredith survives the breakdown of his parents’ marriage, the discovery that his parents are sexual beings (this seems to gross all adolescents) and his determined efforts to not become like them – which involve many self-destructive behaviours and a void in his life.

Work becomes a redemptive therapy – but one that takes many years to achieve the unconscious goal of self-love. It is a strange and unique industry (death) that opens the door to Meredith’s release and allows him to grow and flourish. I think that we will see good things from this author in the future.

I am a proud parent.