This book epitomises everything we have come to expect of Kathy Reichs and her protagonist Dr Temperance Brennan. This is the best book in the series by far. 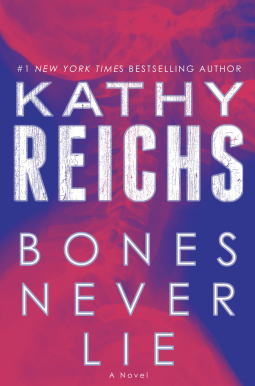 The evidence is irrefutable: In sixteen New York Times bestsellers over the course of as many years, Kathy Reichs has proven herself “a genius at building suspense” (New York Daily News). In forensic anthropologist Temperance Brennan, Reichs has created a detective fiction heroine who’s brilliant to the bone. “Every minute in the morgue with Tempe is golden,” says The New York Times Book Review. In the acclaimed author’s thrilling new novel, Brennan is at the top of her game in a battle of wits against the most monstrous adversary she has ever encountered.

Unexpectedly called in to the Charlotte PD’s Cold Case Unit, Dr. Temperance Brennan wonders why she’s been asked to meet with a homicide cop who’s a long way from his own jurisdiction. The shocking answer: Two child murders, separated by thousands of miles, have one thing in common—the killer. Years ago, Anique Pomerleau kidnapped and murdered a string of girls in Canada, then narrowly eluded capture. It was a devastating defeat for her pursuers, Brennan and police detective Andrew Ryan. Now, as if summoned from their nightmares, Pomerleau has resurfaced in the United States, linked to victims in Vermont and North Carolina. When another child is snatched, the reign of terror promises to continue—unless Brennan can rise to the challenge and make good on her second chance to stop a psychopath.

But Brennan will have to draw her bitter ex-partner out of exile, keep the local police and feds from one another’s throats, and face more than just her own demons as she stalks the deadliest of predators into the darkest depths of madness.

This book, the 17th in the series is an outstanding read! The reader has a lot invested in the skills and the narratives written by Kathy Reichs, after all we have journeyed with her and Dr Brennan over many years and many books (and some will add, and with the successful TV series Bones, which Temperance Brennan makes a delightful reference to in the book, Kathy Reichs has a sense of humour.)

This narrative is rich in all the elements I really enjoy in a book; great characters, some new, some familiar, a complex storyline, a few plots twists and turns, a resolution of some untied ends, and a fast paced read that urges you to read until the last page is turned. There are also glimpses of humour, sarcasm and great realistic dialogue. I love the language in this book, all my senses were engaged:

“An autopsy assaults not just the nose but all senses. The sight of the fast – slash – Y incision. The sound of pruning shears crunching through ribs. The schlop of organs hitting the scale. The acrid scorch of the saw buzzing through bone. The pop of the skullcap snapping free. The frrpp of the scalp and face stripping off…Pathologists aren’t surgeons…They search for clues. They need to be objective and observant. They don’t need to be gentle.”

Kathy Reichs I am ready and waiting for the next engaging episode in this series.