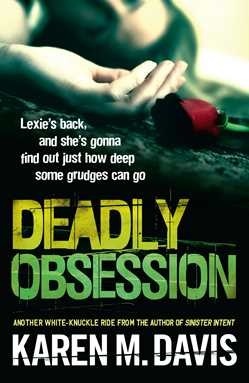 A young nurse’s body is found at Clovelly Beach in Sydney’s eastern suburbs. Apart from a puncture wound in her neck, she is in perfect condition. But she’s also clutching a rose in her hands – and there’s an empty packet of prescription drugs in her pocket.

Investigating the scene, Detective Lexie Rogers and her partner Brad Sommers know something is not right. It appears to be a staged suicide. And as they begin to dig deeper, Lexie discovers the case is too close to home.

The dead girl was a work colleague of Lexie’s ex-husband, who is now a paramedic – and she was also a friend of the woman who broke up Lexie’s marriage. Struggling as she is with her breakup with Josh Harrison, who pushed her away after the suicide of his sister, and the numbing flashbacks of the violent attacks she’s suffered in the past, Lexie throws herself into the case. When she’s handed the lead on the investigation, Lexie sets out to solve the murder and prove she’s up to the job.

This is the second book in the Lexie Rogers series and I really enjoyed the pace, the narrative arcs, the characters and the resolution. Karen M Davis fantastic Australian crime fiction writer who has a very solid base of knowledge to call on when writing her novels; she had a twenty year career in the New South Wales police department – her personal operational experience, the language and dialogue between the cops in her fictional works shine through her fictional works.

To say I enjoyed this book is a bit of an understatement and I can’t wait to read the next book in this series.