Life is not about walking on eggshells. 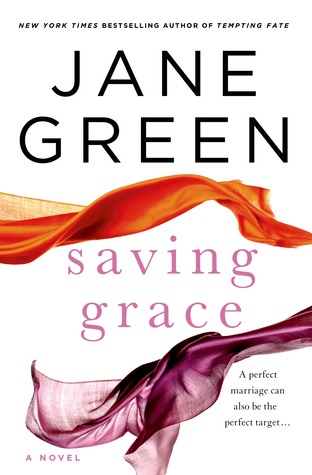 Grace and Ted Chapman are widely regarded as the perfect literary power couple. Ted is a successful novelist and Grace, his wife of twenty years, is beautiful, stylish, carefree, and a wonderful homemaker. But what no one sees, what is churning under the surface, is Ted’s rages. His mood swings. And the precarious house of cards that their lifestyle is built upon. When Ted’s longtime assistant and mainstay leaves, the house of cards begins to crumble and Grace, with dark secrets in her past, is most vulnerable. She finds herself in need of help but with no one to turn to…until the perfect new assistant shows up out of the blue. To the rescue comes Beth, a competent young woman who can handle Ted and has the calm efficiency to weather the storms that threaten to engulf the Chapman household. Soon, though, it’s clear to Grace that Beth might be too good to be true. This new interloper might be the biggest threat of all, one that could cost Grace her marriage, her reputation, and even her sanity. With everything at stake and no one to confide in, Grace must find a way to save herself before it is too late.

Powerful and riveting, Saving Grace will have you on the edge of your seat as you follow Grace on her harrowing journey to rock bottom and back.

I liked that this narrative touched on a lot of issues relevant to modern society – the over prescription of anti-psychotic drugs, homelessness, mental illness and domestic violence however I felt the style needed to be a little more hard hitting and that the character Grace, as a supporter/board member of a women’s shelter should have been able to recognise the violence in her own life and do something about it, Grace clearly identifies the bullying behaviour. The character Ted is an overbearing bully, all who know him agree and Grace panders to his needs to avoid upsetting him, to avoid the scenes, the rages, the verbal abuse….she clearly is party to the cycle of domestic violence – the bullying followed by the “makeup” happy times…and yet she does nothing, she hides, she avoids him, she keeps herself busy working at the shelter and without giving away any spoilers when the crunch comes she still sees her marriage as perfect. I am afraid my feminist indignation was lit by the way that Ted was so easily let of the hook – that his bad behaviour was tolerated, not challenged, effectively endorsing his bad behaviour. This narrative did not work for me.