It is St Valentine’s Day  – a day for sharing, showing and expressing your love for and connecting with the people you love.

If you have an opportunity to some “me” time let me suggest a few titles for your reading pleasure – all share a similar them – connecting with others (reviews to come in the near future).

She is his Juliet and he is her Romeo, her family has vowed to kill them both.

A riveting, real-life equivalent of The Kite Runner—an astonishingly powerful and profoundly moving story of a young couple willing to risk everything for love that puts a human face on the ongoing debate about women’s rights in the Muslim world.

Zakia and Ali were from different tribes, but they grew up on neighboring farms in the hinterlands of Afghanistan. By the time they were young teenagers, Zakia, strikingly beautiful and fiercely opinionated, and Ali, shy and tender, had fallen in love. Defying their families, sectarian differences, cultural conventions, and Afghan civil and Islamic law, they ran away together only to live under constant threat from Zakia’s large and vengeful family, who have vowed to kill her to restore the family’s honor. They are still in hiding.

English dog trainer Beth Poole is having trouble getting her life back together after beating a life-threatening illness and divorcing her husband. When her Aussie-soap-obsessed grandma sends her to Australia to recover, it seems a great opportunity for some rest and relaxation while she figures out what’s next…

This is the story of Ally and Charlotte, whose paths have intersected over the years though they’ve never really been close friends. Charlotte married Ally’s ex and first true love, David. Fate is about to bring them together one last, dramatic time and change their lives forever. 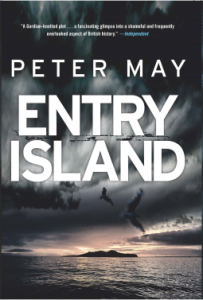 When Detective Sime Mackenzie boards a light aircraft at Montreal’s St. Hubert airfield, he does so without looking back. For Sime, the 850-mile journey ahead represents an opportunity to escape the bitter blend of loneliness and regret that has come to characterise his life in the city.

Travelling as part of an eight-officer investigation team, Sime’s destination lies in the Gulf of St. Lawrence. Only two kilometres wide and three long, Entry Island is home to a population of around 130 inhabitants – the wealthiest of which has just been discovered murdered in his home.

The investigation itself appears little more than a formality. The evidence points to a crime of passion: the victim’s wife the vengeful culprit. But for Sime the investigation is turned on its head when he comes face to face with the prime suspect, and is convinced that he knows her – even though they have never met.

Haunted by this certainty his insomnia becomes punctuated by dreams of a distant past on a Scottish island 3,000 miles away. Dreams in which the widow plays a leading role. Sime’s conviction becomes an obsession. And in spite of mounting evidence of her guilt he finds himself convinced of her innocence, leading to a conflict between the professonal duty he must fulfil, and the personal destiny that awaits him.