I think you will agree that I have had some very special giveaways listed on my blog today, but they represent just a small sample of the talent that is Australian writers!  Next time you are selecting a book to read – at a bookshop, library,  airport news agency, online or in person, as a gift or for yourself consider Aussie authors – there is so much choice, so much talent in this country.

And speaking of talent, if you are not lucky enough to win this awesome book pack generously provided by Echo Publishing, you owe it to your self to seek out a copy of these contemporary eclectic reads.  And by the way – what do you think to these covers?  Magnificent aren’t they ? For your chance to win this 4 pack book treat, it is so simple, in the comments tell which cover art displayed here, speaks to you. 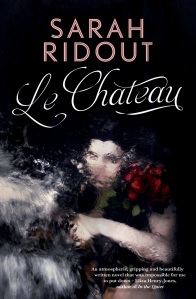 When Charlotte regains consciousness after an accident, she finds herself living a stranger’s life. The previous five years are a blank, and her husband, Henri, and daughter, Ada, are strangers. Arriving at their family chateau in southern France, she hopes to regain her memories. Instead, she feels isolated and unsettled. Strange events hint at underlying darkness and menace. Charlotte doesn’t know who to trust.

Did she really have an affair with their charming Irish neighbour, as her enigmatic mother-in-law suggests? And what of Henri? He seems loving and kind, a good parent, but Charlotte is wary. Then there is Ada, a little girl who just wants her mother back.

With the help of her friend and fellow Australian Susannah, Charlotte starts to piece together events, but her newfound confidence is shaken with news that puts a deadline on her quest…

Caleb Zelic, profoundly deaf since early childhood, has always lived on the outside – watching, picking up tell-tale signs people hide in a smile, a cough, a kiss. When a childhood friend is murdered, a sense of guilt and a determination to prove his own innocence sends Caleb on a hunt for the killer. But he can’t do it alone. Caleb and his troubled friend Frankie, an ex-cop, start with one clue: Scott, the last word the murder victim texted to Caleb. But Scott is always one step ahead. As he delves deeper into the investigation Caleb uncovers unwelcome truths about his murdered friend – and himself.

When washed up journalist Harry Hendrick wakes with a hangover and a strange symbol tattooed on his neck, he shrugs it off as a bad night out.

There’s a federal election looming, with pundits tipping a landslide win for opposition leader Andrew Cardinal. Harry knows there’s a link between these disturbing visions and Cardinal’s shadowy past, and is compelled to right wrongs, one way or another. 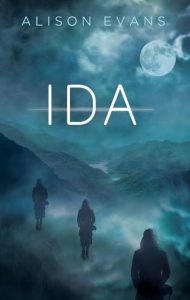 How do people decide on a path, and find the drive to pursue what they want?

Ida struggles more than other young people to work this out. She can shift between parallel universes, allowing her to follow alternative paths.

One day Ida sees a shadowy, see-through doppelganger of herself on the train. She starts to wonder if she’s actually in control of her ability, and whether there are effects far beyond what she’s considered.

How can she know, anyway, whether one universe is ultimately better than another? And what if the continual shifting causes her to lose what is most important to her, just as she’s discovering what that is, and she can never find her way back?

Ida is an intelligent, diverse and entertaining novel that explores love, loss and longing, and speaks to the condition of an array of overwhelming, and often illusory, choices.