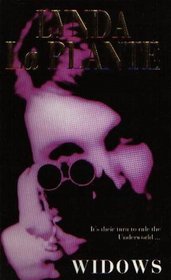 Dolly has three options: she could hand over Harry’s ledgers to Detective Inspector Resnick; she could pass them to the thugs who want to take over Harry’s turf; or she and the other widows could finish the job their husbands started…

As they rehearse the raid until it is pitch perfect, the women realise Harry Rawlins’ plan required four people, not three. But only three bodies were discovered in the carnage of the original hijack. So who was the fourth man, and where is he now?

Harry Rawlins, Joe Pirelli and Terry Miller were part of a four-man team whose plan for the raid on the security van was foolproof. Harry was the boss; meticulous in everything he did. But something did go wrong that day – and all three men died; incinerated in their vehicle. The three widows were devastated; the funerals were well attended, especially Harry’s. But trouble was only just beginning…

Harry’s wife Dolly discovered details of all his criminal activities – it felt like Harry was talking to her from the grave. Her decision wasn’t that hard – she certainly didn’t want Detective Inspector Resnick (Harry’s nemesis) to receive Harry’s ledgers; nor did she want Harry’s rivals to get them. So why couldn’t she and the other two widows follow Harry’s detailed plan and finish the job – benefitting from the windfall themselves of course. What could possibly go wrong?

Widows by author Lynda LaPlante was a fast-paced crime thriller which kept me enthralled right the way through. The tough gangs with their stand-over men; the constant threats of death; the intense pressure on Dolly and the girls to stay one step ahead of Harry’s rivals – as well as the police. A well-crafted novel, Widows is the first in the Dolly Rawlins series, and well worth the read. Recommended – 4 stars.

With thanks to Allen & Unwin for my ARC to read and review.