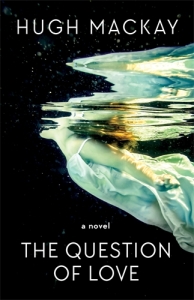 The Question of Love

What really goes on in a marriage?

Richard and Freya are, on the surface, a perfect couple. He has a thriving architectural practice; she plays the violin like an angel. They live in a beautiful home. They seem respectful and caring of one another.

They should be happier than they are.

In The Question of Love, Hugh Mackay has constructed a novel of stunning originality – both a sympathetic examination of a marriage and a nuanced exposition of the complexities and contradictions of human love.

Starkly observed, beautifully written and intricately plotted, The Question of Love explores the myriad ways we resist the terrible beauty of true intimacy.

Hugh Mackay is a social researcher and bestselling author of 21 books, including What Makes Us Tick, The Good Life and Australia Reimagined. His latest non-fiction book is The Inner Self, published in May 2020 concurrently with his eighth novel, The Question of Love.

He has had a 60-year career in social research, and was a weekly newspaper columnist for over 25 years. Among many honorary appointments, he has been deputy chairman of the Australia Council for the Arts, chairman of trustees of Sydney Grammar School, the inaugural chairman of the ACT government’s Community Inclusion Board and an honorary professor at Macquarie, Wollongong and Charles Sturt universities. He is currently a patron of the Asylum Seekers Centre. Hugh is a Fellow of the Australian Psychological Society and the Royal Society of NSW. In recognition of his pioneering work in social research, he has been awarded honorary doctorates by Charles Sturt, Macquarie, NSW, Western Sydney and Wollongong universities. He was appointed an Officer of the Order of Australia in 2015.

A quirky narrative that looks at the minutiae of relationships.

Mackay employs a “ground hog day” type scenario where we explore the same situation with many what ifs and perspectives. By the time you have completed this read you will be demanding the characters sit down together and air their small grievances, air their truths and really listen to one another. Or is it too late? The characters chose to keep silent for many years, is it now to late to undo the damage the silence created?  Read and decide for yourself.

2 thoughts on “Review: The Question of Love – Hugh Mackay”