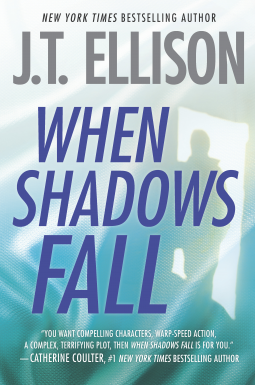 If you are reading this letter, I am dead and I would be most grateful if you could solve my murder…

Forensic pathologist Dr. Samantha Owens thought life was finally returning to normal after she suffered a terrible personal loss. Settling into her new job at Georgetown University, the illusion is shattered when she receives a disturbing letter from a dead man imploring her to solve his murder. There’s only one catch. Timothy Savage’s death was so obviously the suicide of a demented individual that the case has been closed.

When Sam learns Savage left a will requesting she autopsy his body, she feels compelled to look into the case. Sam’s own postmortem discovers clear signs that Savage was indeed murdered. And she finds DNA from a kidnapped child whose remains were recovered years earlier.

The investigation takes Sam into the shadows of a twenty-year-old mystery that must be solved to determine what really happened to Timothy Savage. Nothing about the case makes sense but it is clear someone is unwilling to let anyone, especially Samantha Owens, discover the truth.

The opening letter to Dr Owens sets the scene for a wonderfully plotted, intense and at times brutal journey directed by the deceased from the grave as he attempts to seek some sort of belated redemption for past sins. This is a great police and forensic procedural and I can see a great future for Dr Samantha Owens in future novels by this author. I think she will rival Tempe Brennan in her quest for truth on behalf of the dead.

This is the third book in the series yet despite not having read any of the others I was able to successfully negotiate the back story and immerse myself in this novel.  The characters were mostly endearing excepting the villains who were manipulated and violent and self-centred.  I think that the development of the villains in the piece was exceptional – not often in crime fiction do we get such a great understanding of the evilness within the narrative.  The character Timothy Savage is complicated walks a slippery trapeze between good and compromised. He clearly shows that we are all capable of bad judgements and mistakes; some mistakes having huge costs.

In all a fast paced enjoyable read that leaves me seeking previous work by this author.