It’s 1966, and a mountain pygmy possum – a species that scientists considered to be long-extinct – is discovered in the Victorian High Country and transported to Melbourne where newspapers dub it ‘the world’s rarest creature’.

Thirty-year-old Dr Katharine Wynter is a palaeontologist who’s more comfortable with ancient bones than live human beings, particularly men – an exotic species of which she has little personal experience, apart from a predatory professor who has made her working life hell.

Having studied the tiny possum in fossil form, Katharine is curious to see it in the flesh, but her much anticipated visit is disrupted by the presence of wildlife photographer, Scott King, taking pictures for an international magazine.

Before long, Katharine finds herself thrown together with Scott on a quest to locate the miniature marsupials in their habitat – the rugged Australian Alps. Along the way, the timid scientist discovers a side to her character she never knew existed, while the dashing photographer abandons his bravado and confronts memories he’s hidden for decades.

As for the elusive possums, the cute little creatures lead their pursuers on a merry chase…

For this review I will try something a little different – I will start with the cover and work through the elements of the book I enjoyed – and I did enjoy this read.

To begin with I was approached by the author Deborah O’Brien to see if I was interested in receiving a copy of her latest book and perhaps reviewing it on my blog. This began a series of communications where I was introduced to the lovely Deborah, her new project and the mountain pygmy possum.  As a book reviewer and blogger there is nothing more pleasurable than establishing a working relationship with an author.  Relationship established I will now commence my review.

“Looking along the Blue Rag Range towards Mt Hotham, the inside front and back covers: Wildflowers at Blue Rag Trig with Mt Feathertop in the background.” This is the special gift edition paperback with a 360 gsm cover (which won’t curl), coloured endpapers and other non-standard features. (It is also be available as an eBook), though you won’t get the same depth of vision with an eBook copy. This cover is stunning and allows the reader to imagine themselves into the setting of the book, Victorian High Country.

The next page – the author states this book is inspired by a true event – “the discovery of a creature thought to be long extinct. It was such a big event at the time that the Guinness Book of Records featured the mountain pygmy possum as ‘the rarest animal on Earth’ in its 1967 edition.” (Author’s correspondence).   And prefaces the prologue with this quote by Oscar Wilde: “To live is the rarest thing in this world. Most people exist, that is all.” I was primed to read this book, to immerse myself in the isolated natural settings and all things 1960’s. 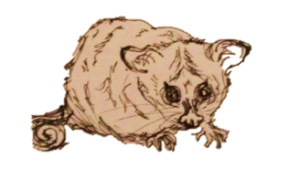 And what followed was totally unexpected. The prologue, set in Sydney 1941 details a rich and loving relationship between a father and his young daughter (the protagonist, Kathy, as a child).  Here the father plants the seed that the daughter can be anything she likes, even a palaeontologist (and don’t forget this is 1941 – such ambitions for a woman were unheard of). I loved the relationships described in this opening – there is love, laughter, respect and mutual admiration and support. Further, the elements of family, conservation and feminism are subtly woven into the prologue and are to become important themes in the narrative.

For me the overarching theme in this narrative is one of the feminists’ struggle for equal opportunities in education, the workplace and …life and relationships in 1960’s and beyond. O’Brien exposes some heartbreaking criminal behaviour in this novel (no spoilers here)…sadly behaviours like this have not been eliminated in our so called enlightened age.  (See Zoë Morrison’s Music and Freedom for more on this theme).

So despite the sumptuous cover, the elegant introduction and the heart-warming scenes of family in the early pages, this narrative has a dark core that will surprise you. There are plenty of meaty issues within these pages to affect the discerning reader and a number of twists and some references to an unreliable narrator that will keep you on your toes.

This is a surprising read; at times it reads almost as a journal, private and personal. Yet the narrative is larger than just the personal, this multilayered drama is peppered with pop culture references, history, conservation, social issues, isolated beautiful settings and is written with a feminist bent. This is a story that will fully engage you, surprise you and at the same time shock you as family secrets are revealed.

A most enjoyable read. Thank you Deborah O’Brien – it has been a pleasure to discover your writing. 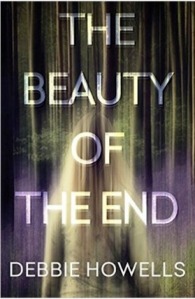 The Beauty of the End

From the acclaimed author of The Bones of You comes a haunting and heartbreaking new psychological thriller about a man thrust into the middle of a murder investigation, forced to confront the secrets of his ex-lover’s past.

So begins the testimony of Noah Calaway, an ex-lawyer with a sideline in armchair criminal psychology. Now living an aimless life in an inherited cottage in the English countryside, Noah is haunted by the memory of the beguiling young woman who left him at the altar sixteen years earlier. Then one day he receives a troubling phone call. April, the woman he once loved, lies in a coma, the victim of an apparent overdose–and the lead suspect in a brutal murder. Deep in his bones, Noah believes that April is innocent. Then again, he also believed they would spend the rest of their lives together.

While Noah searches for evidence that will clear April’s name, a teenager named Ella begins to sift through the secrets of her own painful family history. The same age as April was when Noah first met her, Ella harbors a revelation that could be the key to solving the murder. As the two stories converge, there are shocking consequences when at last, the truth emerges.

Or so everyone believes. . .

Set in a borderland where the past casts its shadow on the present, with a time-shifting narrative that will mesmerize and surprise, The Beauty of the End is both a masterpiece of suspense and a powerful rumination on lost love.

This is a book that successfully merges many genres- romance, contemporary fiction, crime fiction and thriller.

The early chapters succinctly capture the dizziness, the neediness, the all-consuming power of adolescent first love; and beautifully captured it is. The emotions and the passion, the hopefulness, the desire for that love to be recognised, to be loved back with equal passion… this author has successfully taken me back to being a teenager, such profound prose, emotions exposed.

This narrative is complex, it is more than a love story, though that element has as much presence as the characters themselves, love is influential and ambitious, making its power felt as the story develops. Complex, twisted and surprising…a story of abuse, hope, manipulation and more love…and abuse of power and position.

Willingly we follow the crumbs that lead us deeper into the woods – the path back muddy and confusing. The unreliable narrator serves his purpose well – only the last pages will reveal the truth and provide justice. 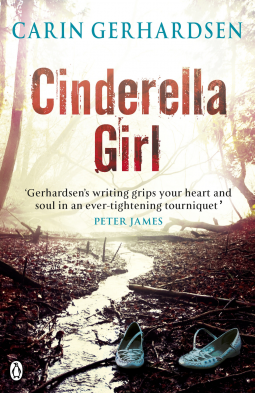