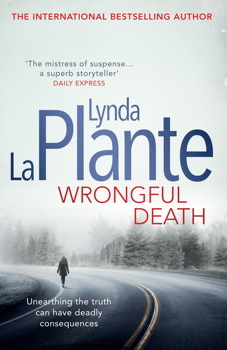 Six months after the body of Josh Reynolds, a London nightclub owner, was found and determined by police and coroner to be a suicide, DCS James Langton tasks DCI Anna Travis to review the case. Reynolds died from a single gunshot wound to the head, the gun held in his right hand. But details are emerging that suggest someone else may have fired the gun… As soon as she wraps up the case, Langton tells Anna, she can join him at the FBI Academy in Virginia for training. Meanwhile, a Senior FBI Agent, Jessie Dewar, crime scene expert, is seconded to Anna’s team as part of her research and immediately the competence of the original investigation team is questioned…

I have very mixed feelings about this book, it had a very slow start, so slow I was noticing the grammatical errors rather than being involved in the narrative, and I felt that most of the conversations were stilted and overly formal and the overall premise was a little too contrived and convoluted. I was really miffed when on page 401 Joan says “…but why does Gloria kill Marisha months after Samuel.” At this point in the narrative Marisha is not dead, she is in hospital, in a coma, and she is certainly not dead as Joan states. This sentence just needed the words try to, “why did Gloria try to kill…” I found these little editorial glitches very irritating – an obvious sign I was just not willing to suspend any disbelief and settle into the story.

Despite my irritations with elements in this book I did read this in one sitting – I was keen to see how the narrative played out. I think if you do not examine this too closely this is a passable police procedural. Possibly this is a book for die hard fans of the author and this series.