On the outskirts of a small New Zealand seaside town, Lia and her friend Anna work serious hours running their restored cafe. The busy season is just around the corner, and there are other things to occupy them. Anna is about to marry Lia’s twin brother, and Lia’s ex-boyfriend seems not to understand it’s over.

When a gorgeous stranger taps on Lia’s window near midnight and turns out not to be a serial killer, she feels it’s a promising sign. But the past won’t let them be, and Lia must decide whether events rule her life or she does.

The Pretty Delicious Cafe will remind you of those special, good things we love about living. And the food is great.

What’s not to like about a Danielle Hawkins book? If you don’t like witty, touching , contemporary writing with a few zany characters, relatable relationships and their trials and tribulations, good food, a wedding or two and a happy ending then don’t pick up this book.

This is life lit at its best! It is so refreshing to read a novel where life is accurately reflected. Life is not always black and white, people’s personal lives can be complicated, and friends do argue or have misunderstandings, marriages do breakup, mental health is a whole of community issue…and families…well they are the most complicated relationship of all.

Danielle Hawkins provides the reader with a glimpse of the microcosm of a small town that reflects situations and emotions that resonate with so many of us, there is realism on these pages. A very satisfying read.

PS – And a bonus – there are even recipes for some of the dishes served at The Pretty Delicious Café at the back of the book.

My first giveaway in my Australia Day, Aussie Author Giveaway!

Share with me in the comments section your favourite dessert/pastry/cake and be in the running to win a copy of the fun, decadent, riotous, witty and delicious historical romp set in the colonial days of  Tasmania “The Scandalous Life of Sasha Torte.” by Lesley Truffle ( review coming soon)   **Giveaway open to Australian residents only. Giveaway ends  midnight 28 January 2017. Winner will be randomly selected.

Revenge, redemption … and pastry. The witty new novel from the author of Hotel du Barry, for fans of Jonas Jonasson.

In the winter of 1912 on the wild West Coast of Tasmania, Wolfftown’s most notorious heiress and murderess, Sasha Torte, tells the tale of her own spectacular downfall.

Forsaken by her parents and raised by criminals and reprobates, Sasha becomes a world-famous pastry chef at the tender age of seventeen. Entanglement with the disreputable Dasher brothers leads to love, but also to a dangerous addiction.

Behind bars in Wolfftown’s gaol, Sasha sips premium champagne as she recalls a life of seduction, betrayal, ghosts, opium and an indiscreet quantity of confectionary – and plots her escape.

London-born Australian Lesley Truffle has travelled extensively and worked in London and Japan. At present she’s living in a garret in Melbourne. She’s worked as a secondary teacher, photographer, hotel maid, fringe actor and in art galleries, bars, nightclubs and other jobs too ghastly to mention.

While exhibiting her art photography in Melbourne galleries Lesley realised she wanted to create imaginary stories and interior monologues, and returned to writing.

Lesley’s first novel, ‘Hotel du Barry’ was published in 2016 and ‘The Scandalous Life of Sasha Torte’ was published by Harper Collins January 23 2017.

**Thanks to HarperCollinsPublishers Australia and Lesley Truffle for generously providing this book for the giveaway.

I am so exited by what arrived in the mail today  – however now I have a problem – what to do first – spiralise or read Bosch new adventure ?  Bosch or spiralise?  Spiralise or read?  What would you do?

Some great reads in the mail this week – a couple of fantastic cook books  – I have started a new shopping list in preparation for some mega cooking days coming soon, an interesting book or two on Gut Health –  (which I just had to start reading straight away) , some crime fiction and a brilliant creative memoir – I Forgot to Remember and one that is nominated for a Ned Kelly award (to be read ASAP).

Two of these books have the scariest book covers I have come across recently: 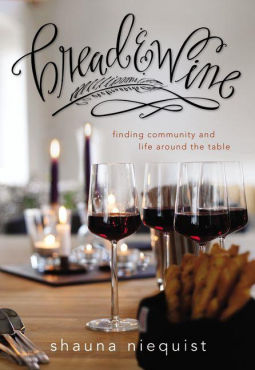 A Love Letter to Life Around the Table with Recipes

As a follow up to her two bestselling books, Bittersweet and Cold Tangerines, author and blogger Shauna Niequist returns with the perfect read for those who love food and value the community and connection of family and friends around the table. Bread and Wine is a collection of essays about family relationships, friendships, and the meals that bring us together. This mix of Anne Lamott and Barefoot Contessa is a funny, honest, and vulnerable spiritual memoir. Bread and Wine is a celebration of food shared, reminding readers of the joy found in a life around the table. It’s about the ways God teaches and nourishes people as they nourish the people around them. It’s about hunger, both physical and otherwise, and the connections between the two. With wonderful recipes included, from Bacon-Wrapped Dates to Mango Chicken Curry to Blueberry Crisp, readers will be able to recreate the comforting and satisfying meals that come to life in Bread and Wine.

A beautifully written and well executed book that melds a love of cooking and sharing recipes with honest true to the heart stories of life. I have not read this author before and I was heartened to read someone who shares so many of my beliefs about food; “marketing and advertising campaigns urging us to eat out or buy already prepared foods want us to think that plain old cooking is difficult and not worth learning……The trend began in the 1950’s…….in order to sell canned food and cake mixes, advertisers had to convince American women that cooking is too hard and troublesome for our modern world. But it wasn’t true then and it isn’t true now….If you put in the time, the learning, the trying, the mess, and the failure, at the end you will have learned to feed yourself and the people you love, and that’s a skill for life.” (p.41)

Niequist and I share another major view on food; “when you are dependent on prepared foods, you don’t get to decide how something is seasoned… You don’t get to add flavour according to your geography, your story, your table.”(p.42)  I love the message that is so clearly proclaimed in this book; “our goal, remember, is to feed around our table the people we love. We are not chefs or restaurateurs or culinary school graduates and we shouldn’t try to be. Make it (food) the way people you love want to eat it. Make it the way you love it.”(p.51) I love cooking for the people I love; for my family.  I love to bake their favourite cakes, makes jams and pickles and meals for boisterous get togethers. Food and cooking are such an important part of how we connect to our community and I am so pleased to find another who passionately shares this view.

Niequist is a great conversational writer, when you read this book you feel that she is sitting across the table enjoying a coffee or perhaps a glass of wine and indulging you with her stories of life, of relationships, of body image, of juggling the pressures of the modern world. She talks to YOU.  The reader is her friend. Sprinkled in this conversation are many delicious sounding recipes that I will soon be trying in my kitchen.

I really enjoyed this read, the life stories and the recipes. The spirituality that seasons this book works because it honours the author’s voice. This is a book I will highly recommend.