Out in that country the sun smeared the sky and nothing ever altered, except that one day a scrap man came by . . .

Her name is scarcely known or remembered. All in all, she is worth less than the nine shillings and sixpence counted into her father’s hand. She bides her time. She does her work.

Way back in the corner of her mind is a thought she is almost too frightened to shine a light on: one day she will run away.

A dark and unsettling tale from the turn of the twentieth century by a master of Australian literature.

Three years old she was when the scrap man came and paid her father nine shillings and sixpence. She was chosen over the rest of her siblings; suddenly she belonged to the scrap man while memories of her family faded. Living in a dilapidated jumble of belongings, her name was You; there was Wife and Big Girl – all cowered when the scrap man was angry.

Seasonally the horse was harnessed to the cart and they ventured out to sell, buy, steal and trick – meandering across the countryside, remembering where not to go if they’d been shunted away last time. Whenever there was a pub nearby the scrap man drank their measly pennies until there wasn’t enough for food. Then he would fly into a rage and beat Wife.

Back at home Wife, Big Girl and You spent their time making things from scrap metal for their next trip through the countryside; while the scrap man drank and womanised. What would happen to the little family? Would You be able to escape? He’d always threatened to kill her if she tried…

Her by Aussie author Garry Disher is set in the bush near Bendigo in Victoria at the turn of the century and is a tale of utter despair, bitterness and how the nameless young women coped at the hands of one unscrupulous and evil man. This is completely different to anything the author has written before, and in my opinion he’s nailed it. A master at his craft, Garry Disher certainly knows how to weave a tale, and Her will stay with me for a long time. A highly recommended 5 star read.

An inspirational story of love, fortitude and unbelievable corruption at the highest levels. An amazing survival story. 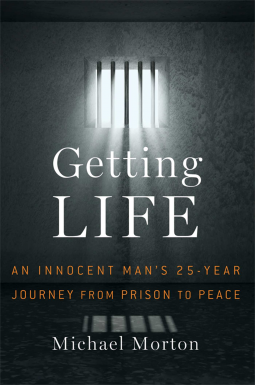 An Innocent Man’s 25-Year Journey from Prison to Peace

He spent twenty-five years in prison for a crime he did not commit. He lost his wife, his son, and his freedom. This is the story of how Michael Morton finally got justice—and a second chance at life.

On August 13, 1986, just one day after his thirty-second birthday, Michael Morton went to work at his usual time. By the end of the day, his wife Christine had been savagely bludgeoned to death in the couple’s bed—and the Williamson County Sherriff’s office in Texas wasted no time in pinning her murder on Michael, despite an absolute lack of physical evidence. Michael was swiftly sentenced to life in prison for a crime he had not committed.

He mourned his wife from a prison cell. He lost all contact with their son. Life, as he knew it, was over.

It would take twenty-five years—and thousands of hours of effort on the part of Michael’s lawyers, including the team at the New York-based Innocence Project—before DNA evidence was brought to light that would ultimately set Michael free. The evidence had been collected only days after the murder—but was never investigated.

Drawing on his recollections, court transcripts, and more than one thousand pages of personal journals he wrote in prison, Michael recounts the hidden police reports about an unidentified van parked near his house that were never pursued; the treasure trove of evidence, including a bandana with the killer’s DNA on it, that was never introduced in court; the call from a neighboring county reporting the attempted use of his wife’s credit card (a message that was received, recorded, and never returned by local police); and ultimately, how he battled his way through the darkness to become a free man once again.

Getting Life is an extraordinary story of unfathomable tragedy, grave injustice, and the strength and courage it takes to find forgiveness.

Beautifully written this true life story reads more like a fictional work of crime and corruption – I cannot believe that fellow human beings could knowingly cover up and collude and conspire to treat this man so appallingly; men of rank and status with a duty of care over their fellow citizens behaved so prejudicially and maliciously against a person they had never met before – I cannot begin to understand their motives. How Michael Morton survived this ordeal and came out with such an amazingly generous attitude is beyond my understanding – his position, his attitude is so much the opposite those who condemned him, his strength and character shine on, and he is a hero.

This book is a stunning debut; words flow with style and verve. Everyone should read this book and get a fresh perspective on the justice system, being in prison, the finality of the death penalty and redemption and the work of Innocence Project. This is a 5 star read. I think there are more books inside Michael Morton waiting to find life on the page.