Considering I don’t really like this style of action/shootem up/smashem up/ pump action, dipped in blood type thriller, this was a pretty impressive read.

After a botched undercover operation, ex-NYPD officer Marshall Grade is living in witness protection in Santa Fe, New Mexico. Marshall’s instructions are to keep a low profile: the mob wants him dead, and a contract killer known as the Dallas Man has been hired to track him down. Racked with guilt over wrongs committed during his undercover work, and seeking atonement, Marshall investigates the disappearance of a local woman named Alyce Ray.

Members of a drug ring seem to hold clues to Ray’s whereabouts, but hunting traffickers is no quiet task. Word of Marshall’s efforts spreads, and soon the worst elements of his former life, including the Dallas Man, are coming for him.

Written by a rising New Zealand star who has been described as ‘first rate’, this American debut drops a Jack Reacher-like hero into the landscape of No Country for Old Men. With film rights sold to Warner Bros, and Bradley Cooper attached to play tortured hero Marshall Grade, American Blood is sure to follow in their award-winning, blockbuster success.

‘This novel has it all – great characters that are all too-real, switch-blade sharp writing, dialogue that would bring a smile to Elmore Leonard’s face and a plot that grabs the reader by the collar, squeezes hard and never lets go. American Blood is a first-rate, first-class, top-tier thriller and Ben Sanders hits it far and deep. This is one book that flat-out demands to be read. Just sit back and enjoy the ride. If you love a good thriller, then look no further than American Blood.’- Lorenzo Carcaterra, New York Times-bestselling author of Sleepers and The Wolf.

After you have read the description (above) of American Blood by New Zealander Ben Sanders you might find yourself questioning why I read this book – I know I had doubts when I first picked it up.

This book is all the things I loathe is a thriller, it is

A “Hollywood” style shootem up – never have I read a narrative with some many shoot outs, such carnage, and such violence. (But it is not voyeuristic).

And yet I loved this book! I can’t believe I even said that, felt that – this should be a book I detested! (It did take me a few chapters to engage with the characters and to learn how to follow the style of the writing – the back and forwards of events in time) However:

This book is all the things I love in a narrative:

Some great characters – the protagonist is a real HERO – putting himself at risk to save others. He is droll with a fine sense of black humour. Or maybe he just tells it as he sees it?

A sense of urgency and anticipation that had me reading till the early hours of the morning till the book was finished.

All in all, once I started this book and had a few chapters read I found this so engaging I could not put it down. It defies all logic but I loved this book! 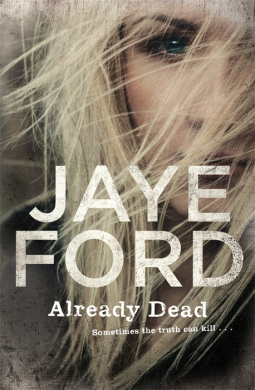 Already Dead is another heart-stopping ride of sheer suspense from the author of the bestselling Beyond Fear. Miranda shrank away from him, arm pressed to the driver’s door. ‘What’s your name? ”I’m already dead. That’s my name now. That’s what they called me. I’m Already Dead.’ Journalist Miranda Jack is finally attempting to move on from the death of her husband by relocating up the coast with her young daughter, Zoe. Then a single event changes everything. On a Monday afternoon as she waits at traffic lights, a stranger jumps into her car and points a gun at her chest. Forced to drive at high speed up the motorway, Miranda listens to the frantic, paranoid rants of Brendan Walsh, a man who claims he’s being chased and that they’re both now running for their lives. Two hours later her ordeal is over in the most shocking fashion. Miranda is safe but she can’t simply walk away – not without knowing the truth about that terrifying drive. As a journalist Miranda has always asked questions. But this time the questions are dangerous – and the answers might get her killed . .

I love the protagonist in this narrative, Jaye Ford writes her protagonists with such restorative qualities; female, intelligent, courageous, warm, generous and with a terrier chasing a ball attitude – they never give up! Ford’s protagonists are real women and this is something to celebrate in the realms of crime fiction.

This is a sparkling, fast paced, informative read with contemporary issues that keeps you turning pages and reading well into the early hours of the morning. I was fully immersed in this narrative, in the lives of the characters, in their grief and in the mystery. I did not guess the outcome, I was fully engaged with this book until the very last words. This is a brilliant pulse raising story that will ensure you lock you doors each time you get in your car. When I read a novel of such outstanding quality such as this, the outside world ceases to exist to me until I have digested every single word. Brilliant work! I can’t wait for the next book from this great Australian crime writer.

A thoroughly modern version of the hard boiled detective novel– a great read! 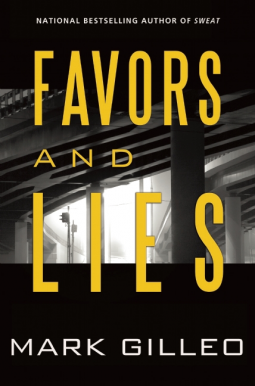 Dan Lord is a forty-year-old private detective with a law degree working the blurred line between right and wrong in the Nation’s Capital. As a self-employed solutions broker and legal consultant, he works for a very select clientele. He doesn’t advertise and only takes cases on referral. But when two people close to him are murdered, Dan’s work becomes very personal.

With the assistance of a newly hired female intern, extracting clues from a ladder of acquaintances, Dan bounds through both the underbelly and elite of society, each step bringing more questions and yet ultimately taking him closer to the answer he seeks. A bail bondsman, a recluse hacker, a court clerk, a university student, an old-school barber, a high-class madam, an intelligence officer, a medical doctor, and a police detective are among the list of people Dan must cajole for help. His quest will lead him to discover things he never wanted to know, and put him in the position to reveal things that important people would prefer remain unrevealed.

Tense, ingenious, and filled with the unforgettable characters that have become a Mark Gilleo trademark, FAVORS AND LIES is the most thrilling novel yet from one of the great new voices in suspense fiction.

Mark Gilleo has created the perfect modern hard boiled detective in Dan Lord: he is tough, he is cynical, he can fight his way out of almost any situation, and he seeks justice for those deserving and has an ambivalent attitude towards the local police and judiciary. Fortunately Dan Lord doesn’t have a drinking or gambling problem – what a relief to find a hero who isn’t a drunk or an addict or one who is weighed down by past misdemeanours and relationships; this is a hero who can hold a conversation, who seeks to solve crime by following the evidence and by using any and all modern tracking and surveillance methods available to him. Dan Lord is a character who is a smart operator, who has charisma, style and principles that endear him to the reader, what a great character.

I thoroughly enjoyed this modern thriller; it is fast moving, action packed, full of tension and the plot is complex and has a few twists that you will not see coming and the narrative was so engaging it kept me reading into the early hours of the morning until I finished this read. I look forward to reading more of the escapades of Dan Lord.

For lovers of the fast paced story with breakneck action where you hang your disbelief on the hook at the door before you purchase your ticket for this rollercoaster ride. 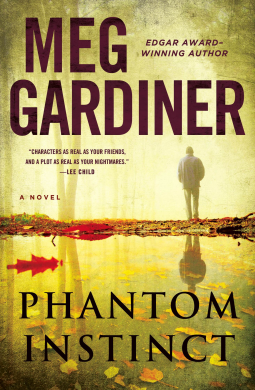 When shots ring out in a crowded L.A. club, bartender Harper Flynn watches helplessly as her boyfriend, Drew, is gunned down in the cross fire. Then somebody throws a Molotov cocktail, and the club is quickly engulfed in flames. L.A. Sheriff Deputy Aiden Garrison sees a gunman in a hoodie and gas mask taking aim at Harper, but before he can help her a wall collapses, bringing the building down and badly injuring him.

A year later, Harper is trying to rebuild her life. She has quit her job and gone back to college. Meanwhile, the investigation into the shoot-out has been closed. The two gunmen were killed when the building collapsed.

Certain that a third gunman escaped and is targeting the survivors, Harper enlists the help of Aiden Garrison, the only person willing to listen. But the traumatic brain injury he suffered has cut his career short and left him with Fregoli syndrome, a rare type of face blindness that causes the delusion that random people are actually a single person changing disguises.

As Harper and Aiden delve into the case, Harper realizes that her presence during the attack was no coincidence—and that her only ally is unstable, mistrustful of her, and seeing the same enemy everywhere he looks.

This is a novel that grips from the first page to the last. I don’t think I have ever come across so much action, corruption, deceit, manipulation and tension in one novel before; the pages are coated in the sticky membranes of fear and anticipation; nowhere is safe.

And so begins this narrative, the pace relentless, there is no stopping for breath.

I think the strength of the novel is in the empathetic lead characters, the riotous pace and the potential for elements of this thriller to actually occur – we are all concerned about electronic media and privacy issues, identity theft, manipulation of electronic records, being tracked and traced by our ordinary everyday actions that leave an electronic footprint…and the good old basic understanding and loathing of bullies and being bullied; there are elements in this novel that we can all relate to and that is what work so well in this narrative – we can all appreciate some of the elements in it and if we suspend our disbelief that one person can attract so many negative incidents and just read without analysing you are in for a treat; a story that explodes on the page with a hint of romance and redemption for past actions.