Casandra Clare has written the internationally best selling fantasy series;  The Dark Artifices Trilogy. The series comprises of Lady Midnight, Lord of Shadows and the final in the series Queen of Air and Darkness, which was released this week.

Don’t you just love the cover art? I do. But there is something I love even more than the covers; two of the audio books are being narrated by one of my favourite actors, James Marsters ( Spike from Buffy the Vampire Slayer) Check out James reading an excerpt on the video below.

“The mind is such an amazing universe.” 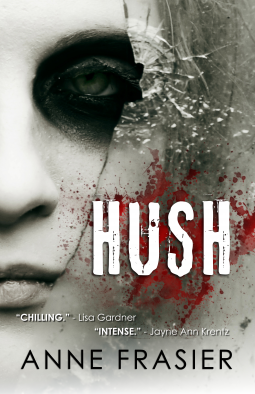 It’s criminal profiler Ivy Dunlap’s job to unravel the psyches of the most dangerous men alive. None haunts her dreams more than the killer who took her son’s life sixteen years ago, then silently disappeared into the dark. Now an urgent request for help from the Chicago police has reawakened Ivy’s greatest nightmare. The Madonna Murderer has returned to fulfill his calling. This time Ivy understands the killer and will face her greatest fear to stop him from killing again.

Few serial killers penned by suspense writers today are as warped or as fully realized as the Madonna Murderer, who preys on newborn baby boys and their unwed mothers. As if the crime itself isn’t bad enough, the killer leaves a musical snow globe that plays “Hush, Little Baby” in the infant’s crib as his calling card. It has been nearly two decades since Ivy Dunlap and her infant son were victimized by the Madonna Murderer. Unbeknownst to the killer, Ivy survived the assault. Her baby didn’t. Now a respected criminal psychologist, Ivy is called into service by the Chicago P.D. when the killer resurfaces after 16 years of dormancy. Her personal interest in the case takes on a sharper edge when she learns that her partner, Detective Max Irving, has a son named Ethan who is the same age her child would have been had he survived. When Ivy tries to rattle the Madonna Murderer by publishing a “dead-baby letter” in the newspaper, the killer becomes more daring; he befriends Ethan, sends Ivy a chunk of his skin bearing a tattoo and expands his profile of victims. Although some readers may be turned off by the novel’s graphic nature, a wealth of procedural detail, a heart-thumping finale and two scarred but indelible protagonists make this a first-rate debut.

I was drawn to this book by the amazing cover art and discovered a fantastic police procedural/psychological thriller. This book has great pacing, in-depth character development, a creepy villain and protagonists you will empathise with and enjoy reading about; I really enjoyed this read.

And the point of difference in this particular read is that the writer acknowledges the pain and effect that being party to a serious crime, whether as a witness, whether that be discovering a victim, whether you are one of the first responders, or work in a crime related field or are related to the victim of a crime “ that touch left latent prints that would never, ever go away…no matter what they’d gone through – loss of a parent, loss of a sibling- they wouldn’t be able to understand the darkness and fear.”