A good example of the hardboiled detective story. 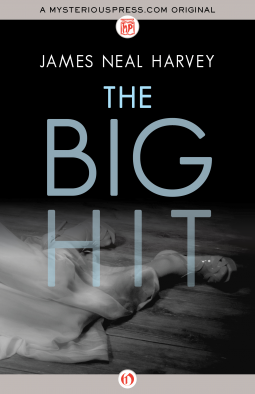 In Harvey’s first new thriller in more than fifteen years, a starlet’s murder draws an NYPD detective into a cross-country manhunt.

Mongo wakes up, brushes his teeth, and prepares to kill a movie star. He needs a wig and a phony press pass, as well as a very special tape recorder that holds two fléchettes, one of which is earmarked for screen siren Catherine Delure. A bit of smooth talk takes Mongo past Delure’s security and into her hotel room, where he completes his assignment with ease. The hit was simple, he thinks. But it is about to go terribly wrong.

Delure appears to have been shot during a robbery, but homicide detective Jeb Barker is not fooled. Tracking the self-assured assassin leads the PI first to Las Vegas, then to California—where blue sky and palm trees cannot distract him from the darkness within the hit man’s heart.

Harvey creates the prefect killing machine in the name of Mongo – he is vile and sexist and deluded about his own greatness and ability to kill and get away with it. Mongo thinks he is invincible. Mongo is the criminal you will love to hate. Jeb Barker is his foil – and this scenario worked very well in this narrative – one evil bad guy, one heroic good looking good guy.

Harvey narrative is fast, action packed and has a satisfying ending – the way all good hardboiled detective stories should be. From the onset we know who the villain is and his plans of reeking more havoc and revenge, Jeb Barker’s job is to track him down, investigate, ask the questions and build the case…and catch him. A thoroughly engaging read.