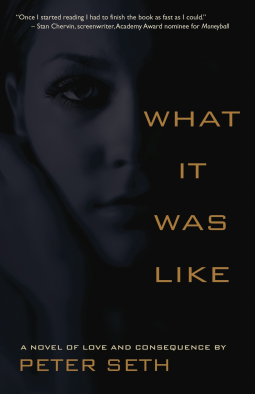 “It’s really a very simple story. What happened was this: I met this girl and did a very stupid thing. I fell in love. Hard. I know that to some people that makes me an idiot and a loser. What can I say? They’re right. I did some extremely foolish things; I’m the first to say it. And they’ve left me in jail and alone.”

So begins one of the most compelling, emotionally charged, and affecting novels you are likely to read this year.

It is the summer of 1968 and a young man takes a job at a camp in upstate New York before starting his first semester at Columbia University. There, he meets Rachel Prince, a fellow counselor who is as beautiful as she is haunted. Their romance will burn with a passion neither of them has ever known before…a passion with the power to destroy.

In the tradition of Endless Love and Gone Girl, What it was Like is an intimate, raw, and revealing journey through the landscape of all-consuming love. It announces the debut of a remarkable storyteller.

Wikipedia (http://en.wikipedia.org/wiki/Limerence) states that limerence is “an involuntary state of mind which results from a romantic attraction to another person combined with an overwhelming, obsessive need to have one’s feelings reciprocated…”and “an involuntary potentially inspiring state of adoration and attachment to a limerent object involving intrusive and obsessive thoughts, feelings and behaviors from euphoria to despair, contingent on perceived emotional reciprocation..” The protagonist in the novel suffers from limerence – and suffer he does – I think this is one of the most accurate depictions of the affliction that I have come across – the protagonist, un named, is so intensely bound to Rachel Prince and the idea of their romance that nothing else matters; he is psychologically on the edge, unable to function rationally, all his efforts and energy are expended on seeing her and pleasing her, and that has disastrous effects.

This narrative has a very quiet considered voice and even pace, yet the first pages hook you with the revelation that the protagonist is already in gaol and is writing the story of his innocence and from then on you read expectantly waiting for the truth to be revealed. Seth provides the reader with an intimate view of the naïve protagonist’s journey into the state of limerence and self-destruction; it is heart breaking reading. Seth is an excellent story teller whose words paint a portrait of pain and love, in this instance the two emotions inseparable. 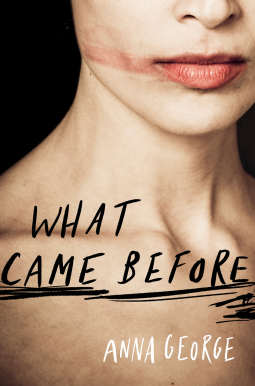