To celebrate the start of the Margaret River Readers and Writers Festival I have a Friday Freebie book give away by Festival participant  Fiona Palmer.  I have one copy of Fiona’s latest book –The Sunnyvale Girls courtesy of her publisher, Penguin Random House up for grabs. To enter simply reply to this question in the comments section of this blog or my on face book post, ” Name another book written by Fiona.” ( Hint you can find out all about Fiona and her books here: http://www.fionapalmer.com/ )

This giveaway is open to Australian residents only. The giveaway will close midnight Monday 1st of June and I will contact the randomly selected winner on the following Tuesday. Good luck and happy reading. See you at the Festival.

Sami Shah comedian and author will be participating in the Margaret River Readers and Writers Festival at the end of the month. In Sami’s debut book I, Migrant A Comedians Journey From Karachi to the Outback (Allen & Unwin) (p.94) Sami remarks ” You can tell everything about a person by the books they read.” What are you currently reading?

Congratulations to Western Australian author Sami Shah, whose novel  I, Migrant: A Comedian’s Journey from Karachi to the Outback (A&U) was shortlisted in the NSW Premier’s Literary Awards 2015 in the category of Community Relations Commission for Multicultural NSW. Wishing you the best of luck Sami and look forward to seeing you at the Margaret River Readers and Writers Festival at the end of the month. 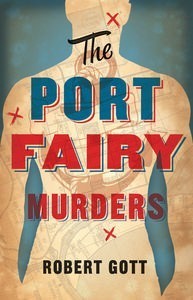 The Port Fairy Murders is the sequel to The Holiday Murders, a political and historical crime novel set in 1943 featuring the newly formed Homicide department of Victoria Police.

The department has been struggling to counter little known fascist groups, particularly an organisation called Australia First that has been festering in Australia since before the war. And now there’s an extra problem: the bitter divide between Catholics and Protestants, which is especially raw in small rural communities.

The homicide team, which once again includes Detective Joe Sable and Constable Helen Lord, is trying to track down a dangerous man named George Starling. At the same time they are called to investigate a double murder in the fishing village of Port fairy. It seems straightforward – they have a signed confession – but it soon becomes apparent that nothing about the incident is as it seems.

Written with great verve and insight, The Port Fairy Murders is a superb psychological study, as well as a riveting historical whodunit.

An Open Letter to Robert Gott

Dear Mt Gott (or may I call you Robert?)

I am writing to complain about your latest book, The Port Fairy Murders. I recently (last night) read this novel and was engaged, enchanted, invested and so involved in this narrative that when I read to the end of page 282 and then there was no more I was bereft! Surely there must be more? What will happen to Joe Stable next? Does poor Tom recover? What about Helen? She will be devastated by that phone call. And then there are the relationships stalled and unfulfilled. And did I mention the villains? There are villains to be caught and murders to be solved.

If you need inspiration I can send you many pictures of coastal towns in South Australia (courtesy of our recent holiday) that will send your fingers flying across the keyboard. Do you need help with research – I have some spare time, I can do. Come on Robert, where is the next episode?

Powerful, brutal, captivating and charming. And did I mention well written??

The newly founded but undermanned Homicide division of the Melbourne Police force is called to investigate the vicious double murder of a father and son. When Military Intelligence becomes involved, Homicides Inspector Titus Lambert must unravel the personal from the political.

If only the killings had stopped at two. The police are desperate to come to grips with an extraordinary and disquieting upsurge of violence. For Constable Helen Lord, it is an opportunity to make her mark in a male-dominated world where she is patronised as a novelty. For Detective Joe Sable, the investigation forces a reassessment of his indifference to his Jewish heritage. Racing against the clock, the police uncover simmering tensions among secretive local Nazi sympathisers as a psychopathic fascist usurper makes his move.

An Open Letter to Robert Gott

I am ashamed to say I knew nothing about you as an author until after I read the schedule of the Margaret River Readers and Writers Festival (May 2015) where I noticed your name against a session titled “A Season to Die For.” This session sparked my interest and I decided to research your work and consequently decided to try and read a few of your books to see if I liked your narratives and style before committing to the session. I am committed! What a brilliant writer you are. Why haven’t I come across your name before?

I have just finished reading The Holiday Murders, it is two o’clock in the morning and I should be going back to bed…I am really tempted to start the next book in this series, The Port Fairy Murders…what a dilemma…sleep V reading….in the end I decided I had better try and get some sleep- I knew if I started this next book I would still be reading at sunrise or however long it took me to finish reading this book.

What did I love about The Holiday Murders I hear you asking? Everything! Characterisations, interesting plot touching on the changing role of women’s place in society, politics, prejudice, Nazism, history, bullying, power over, murder, co dependence in a violent kind of way … …and I was alerted to so much domestic and international history/politics that I wasn’t even aware of in Australia at that time (coincidently this also was referred to in a recent read by Peter Carey – Amnesia: re migration/White Australia policy) funny how thing resonate…as a baby boomer, I mostly was unaware of these issues…times were changing before I became aware.

So back to the book; great writing, engaging characters, authentic settings,enlightening social commentary and an amazing twist at the end and did I mention that as you know from the start who did it – you spend the rest of the book trying to figure out why; intriguing. Bring on the next in this series – I can’t wait.

Did I mention up until know I thought I didn’t like historical crime fiction?? I am converted.

Kind regards and looking forward to hearing you speak at the Margaret River Reader Writer Festival. 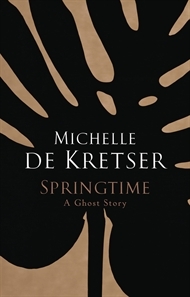 Picking up her pace, Frances saw a woman in the leaf-hung depths of the garden. She wore a long pink dress and a wide hat, and her skin was a creamy white. There came upon Frances a sensation that sometimes overtook her when she was looking at a painting: space was foreshortened, time stood still.

When Frances met Charlie at a party in Melbourne he was married with a young son.

Now she and Charlie live in Sydney with her rescue dog Rod and an unshakeable sense that they have tipped the world on its axis. They are still getting their bearings – of each other and of their adopted city. Everything is alien, unfamiliar, exotic: haunting, even.

When you pick up this delicate and graceful short story – published in a hard back, with a jacket, with internal colour plates, printed on paper that has a decidedly decadent feel, you will get more than a few surprises.

Firstly the quality of this publication is exquisite and the prose compliments this; the writing (and colour plates) are beautiful and evokes memories of trips I have made to Sydney and the walks I took past many resplendent and dignified older style homes with magnificent established gardens. Next I get a sense of the author’s playfulness; in the title – which really creates confusion – if you are expecting a tale of horror and things that go bump in the night – you will have chosen the wrong book – for this is a ghost story with a difference – a gentleness and a little twist to amuse, the author has manipulated both the reader and the genre.

There is a playfulness in the competitive descriptions and comparisons of the two cities, Sydney and Melbourne that locals will appreciate and if you do not have local knowledge you will appreciate the internal chaos created by the unfamiliar compared to the stability of the familiar; feelings experienced when moving homes, cities, states or changing relationships or jobs.

This book of eighty five pages has substance and finesse. I can see the author smiling as she writes her words. I found this experience entertaining, somewhat amusing and certainly not what I was expecting – Michelle de Kretser has given me an experience created by words.

Three generations of Stewart women share a deep connection to their family farm, but a secret from the past threatens to tear them apart.

Widowed matriarch Maggie remembers a time when the Italian prisoners of war came to work on their land, changing her heart and her home forever. Single mum Toni has been tied to the place for as long as she can recall, although farming was never her dream. And Flick is as passionate about the farm as a young girl could be, despite the limited opportunities for love.

When a letter from 1946 is unearthed in an old cottage on the property, the Sunnyvale girls find themselves on a journey deep into their own hearts and all the way across the world to Italy. Their quest to solve a mystery leads to incredible discoveries about each other, and about themselves.

Dual time settings, a recent history that beckons and beguiles, strong passionate women working on their own land – what more could you ask for? I loved the settings – as I started reading I was sitting in my own garden, coincidentally one of the protagonists was working in hers! She had the screeching of galahs as she admired her tomato plants, I raced around scaring Twenty-eights (demon parrots) from our olive trees, roses, tomatoes and anything else that looked young and fresh and green growing in our garden. Immediately I was transported and enmeshed in this story of the land.

More than a rural romance this narrative opens up a window to a local history that I quickly discovered I wanted to learn more about – the internment of POWs and immigrants in Australia during the Second World War, a population that helped shaped the countryside by working on farms in rural Australia. I am surprised that I have not come across more of this type of local history before now – this would make a brilliant heart-warming film of significant multicultural interest.

PS – did I mention the writing – flowing, fun, enjoyable and realistic. Take me to Italy any day even if only with your words.