A stunningly tense, page-turning debut for all fans of The Woman in the Window and The Girl on the Train The perfect house. The perfect family. Too good to be true.

Kate Webb still grieves for her young son, ten years after his loss. She spends her weekends hungover, attending open houses on Sydney’s wealthy north shore and imagining the lives of the people who live there.

Then Kate visits the Harding house – the perfect house with, it seems, the perfect family. A photograph captures a kind-looking man, a beautiful woman she once knew from university days, and a boy – a boy that for one heartbreaking moment she believes is her own son.

When her curiosity turns to obsession, she uncovers the cracks that lie beneath a glossy facade of perfection, sordid truths she could never have imagined.

I don’t think I have come across such a unique narrator and unique plot; a mostly functioning alcoholic whose life is coloured with the raw grief of loss. Kate Webb is the most unreliable narrator I have come across yet her world is credible, the self-destructive behaviours understandable as her grief transcends her weak desire to function and exist in the world.

But this is not just a book about alcoholism and grief. Without giving away too much, this is a book about domestic violence in its worse form, its is about murders and psychopaths, about control, about relationships, about the glimmer of hope that just might sustain; it is a read where the nothing is as it seems.

And it is a read that will keep you up all night until you have discovered the truths. This is a compelling read and I will admit to shedding a silent tear as I finished this. 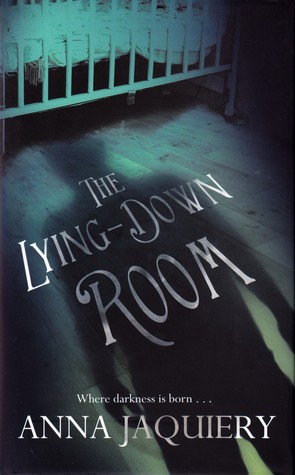 At night Armand lay in bed with a sadness in his heart that ballooned until there was room for nothing else.

He thought with horror of the lying-down room…

Paris; in the stifling August heat, Commandant Serge Morel is called to a disturbing crime scene. An elderly woman has been murdered to the soundtrack of Faure’s Requiem, her body then grotesquely displayed.

At first this strange case seems to offer few clues; and Morel has problems of his own. His father – always a great force in his life – is beginning to succumb to senility; and he is unsettled by the reappearance of the beautiful Mathilde, the woman he once loved. Only origami can help calm the detective and focus his thoughts on this troubling crime.

As the investigation progresses, the key suspects to emerge are a middle-aged man and a mute teenage boy who have been delivering religious pamphlets in the city’s suburbs. But as more elderly ladies are targeted, Morel will find his enquiries leading him back into the past, from the French countryside to Soviet Russia – and to two young boys with the most terrible of stories to tell.

If you like police procedurals set in a stifling yet picturesque Paris, with flashbacks to life in Russia with fine drawn characters, then this novel is for you. Anna Jaquiery writes with a quiet yet passionate voice; of growing up, of growing old, of awakening sexuality, of religion, of deprivation and of course of murders completed to the soundtrack of Faure’s Requiem.

This is a book of detail, meticulously presented in an unhurried way, of the everyday, the routine and habits that breathe life into her characters and her settings. This is a great debut novel with quirky characters you will be interested in and want to follow.