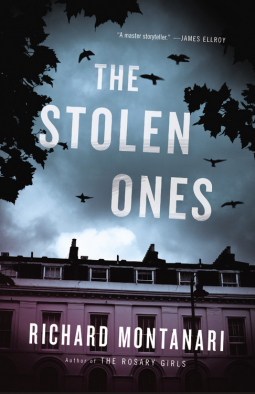 IN RICHARD MONTANARI’S CHILLING NEW SUSPENSE NOVEL, A SEALED-OFF NETWORK OF SECRET PASSAGES CONNECTS ALL OF PHILADELPHIA TO THE KILLER HIDDEN WITHIN.

Luther Wade grew up in Cold River, a warehouse for the criminally insane. Two decades ago the hospital closed it doors forever, but Luther never left. He wanders the catacombs beneath the city, channeling the violent dreams of Eduard Kross, Europe’s most prolific serial killer of the 20th century.

A two-year-old girl is found wandering the streets of Philadelphia in the middle of the night by detectives Kevin Byrne and Jessica Balzano. She does not speak, but she may hold the key to solving a string of murders committed in and around Priory Park.

As the detectives investigate, more bodies are found at Priory Park, and they’re drawn closer and closer to the doors of Luther’s devious maze and the dark secrets of Cold River.

When you pick up a book and begin reading you can pretty much tell immediately if that writer is skilled and proficient in his craft, Montanari is one such writer. Despite this being the 7th book in the series and having no previous knowledge of the author and this series I had no trouble at all in understanding where /how all the characters fit in and was able to start enjoying this read instantly.  This narrative is complex, intense and tension filled. The author is a great story teller – again his craft well honed; the words flow effortlessly, it reads effortlessly.

This is a complex story that revolves around snapshots of historical events and crimes of the past; it is a great meld of past and present and it is not long before the reader is enjoying a full album of memories and current events- all twisted and cruel. This is a unique and mesmerising script. This novel will keep you reading till the early hours of the morning…