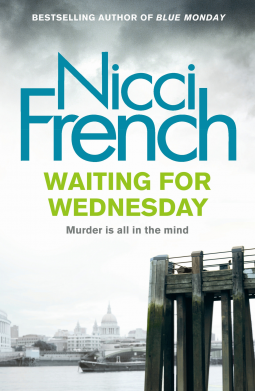 Ruth Lennox, beloved mother of three, is found by her daughter in a pool of
her own blood. Who would want to murder an ordinary housewife? And why?

Psychotherapist Frieda Klein finds she has an unusually personal connection
with DCI Karlsson’s latest case. She is no longer working with him in an
official capacity, but when her niece befriends Ruth Lennox’s son, Ted, she
finds herself in the awkward position of confidante to both Karlsson and
Ted.

When it emerges that Ruth was leading a secret life, her family closes ranks
and Karlsson finds he needs Frieda’s help more than ever before.

But Frieda is distracted. Having survived an attack on her life, she is
struggling to stay in control and when a patient’s chance remark rings an alarm
bell, she finds herself chasing down a path that seems to lead to a serial
killer who has long escaped detection. Or is it merely a symptom of her own
increasingly fragile mind?

Because, as Frieda knows, every step closer to a killer is one more step into
a darkness from which there may be no return . . .

Some truths are best not learned.

I haven’t read any of the previous books in this story – and as such this book can be satisfactorily read as a standalone but I think the reading experience would be enriched with the background the previous novels provide. Having said that, I very much enjoyed this read – full of plot twists and turns, mysteries and crimes that are satisfactorily resolved in the end but more interestingly I enjoyed the character of  psychotherapist and protagonist, Frieda Klein- such a sympathetic character, somewhat tired and world weary, enigmatic, empathetic, a touch eccentric, and thoroughly likeable.  She provides emotional sustenance to others but her stocks are running low and she too is in need of kindness and chicken soup as the murders continue to amass.

I was surprised to learn that Nicci French is actually the pseudonym of writers and the married couple Nicci Gerrard and Sean French. I am amazed that two people can write one novel and write it so convincingly and so well!

Back to the story – a story where all is not what it appears…of families, of lies and the disaster that happens when the truth is leaked, discovered and revealed. Some truths are best not learned. The writing team Nicci French successfully combine two unrelated crimes in one narrative and they do this well. The first murder of housewife and social worker Ruth Lennox introduces as to the investigating team, to Frieda, to Karlsson and to the families on the periphery of the action – who are all affected to some degree by the murder of one seemingly ordinary woman. It is very interesting to see how the complexities and minutiae of modern life weave the threads of the two stories together. The web of deceit and the motivations of greed, ego and self intersect often… it is ego that drives Frieda’s replacement on the investigative team to try and humiliate and discredit her, and ultimately motivates her to seek for truth and for the resolution/investigation of the other murders. The search for meaning in life is also obvious as it relates to the investigative journalist and in a broader sense to all the characters in the book…I love the way human frailties and motivations are explored in this book.

Add to the two separate investigations is the hint of something even more sinister lurking in the background – Frieda’s stalker…the writers’ have primed us for their next offering where hopefully this thread will also be unwound and the culprit revealed. Nicci French I had added you to my MUST READ list.