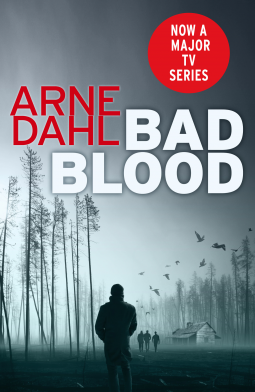 Set to be the new Scandinavian crime sensation from BBC Four: in Bad Blood, Detective Paul Hjelm and his team are called in to try and catch an American serial killer on the loose in Sweden.

Detective Paul Hjelm and his team receive an urgent call from the FBI. A murderer whose methods bear a frightening resemblance to a serial killer they believed long dead is on his way to Sweden.

For years the FBI hunted the so-called ‘Kentucky Killer’, their agents haunted by the terrible injuries he inflicted on his victims through his signature device: a weapon that squeezed the vocal chords shut. Has he somehow returned from beyond the grave to torture a new generation, or do they have a copy-cat on their hands? And what do they want in Sweden?

If they are to capture the killer, the team must collaborate with their colleagues in the FBI on a desperate hunt that will take them from rainswept city streets to deserted Kentucky farmhouses, and will push them to the limits of their endurance.

I thought that the first eighty odd pages of history and establishing of the unsympathetic characters was far too long and tedious, the story took a long time to develop and gain momentum but once it did it was riveting.  Being a police procedural in style I can easily see how this story could translate successfully to the small screen (BBC4 has picked this title and series up and I believe it has already screened).

I like hearing the behind the scenes banter and theorising; the blackboard of what ifs and whys and the progress the team made. The plot was complex and the crimes horrific but perhaps more grotesques were the discussion about manipulation and abuse of power that this story evokes. Manipulation – of facts, of representations, of stereotypes, of events, of abuse of power (both political and personal) are the issues that are like a scab on the knee that we cannot leave alone, that is slowly picked away at and exposed.