Join me in the blog tour that celebrates the launch of Sandy Vaile’s new book “Combating Fear.” There will be an interview (and vlog), a giveaway and my review of this action packed read. 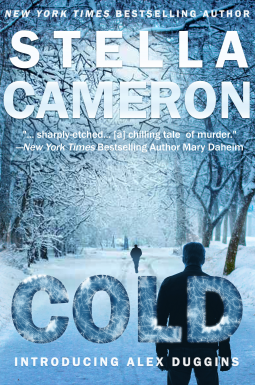 Starting over is never easy but there’s nothing like discovering a dead body to really complicate things.  Alex Duggins left London to return to the small town where she grew up.  Now she finds herself a suspect in the mysterious death of a stranger.  When she launches her own investigation the killer sets out to make her the next victim.

New York Times Bestselling romantic-suspense novelist Stella Cameron turns her pen to the mystery genre with brilliant success, drawing readers into the secretive world of Folly-on-Weir in the English Cotswolds.

The introduction to this mystery was gripping and tense… a man on a mission to right wrongs, a cry for help in the isolated snow covered back roads… a cruel murder ensues; sadly the rest of the book did not live up to my expectations of a classic murder/mystery, instead I believe I read another romantic- suspense and if that is your genre of choice then this novel is not half bad. It is not my genre of choice.

I felt the narrative was too complicated, too many allusions to past lies, hurts, deaths and divorces that were not relevant to this supposed mystery and it wasn’t until the very last chapters the tension began to build. I could not understand why Alex was a threat to anyone initially. Sorry this premise did not work for me.