The Day the Lies Began

“It seemed simple at first – folding one lie over the next. She had become expert at feathering over the cracks to ensure her life appeared the same. But inside, it didn’t feel fixed.”

It happened the day of the Moon Festival. It could have been left behind, they all could have moved on with their lives. But secrets have a habit of rising to the surface, especially in small towns.

Two couples, four ironclad friendships, the perfect coastal holiday town. With salt-stung houses perched like lifeguards overlooking the shore, Lago Point is the scene of postcards, not crime scenes. Wife and mother Abbi, town cop Blake, schoolteacher Hannah and local doctor Will are caught in their own tangled webs of deceit.

When the truth washes in to their beachside community, so do the judgements: victim, or vigilante, who will forgive, who will betray? Not all relationships survive. Nor do all residents.

A great exploration of relationships and the truths and half-truths we tell ourselves/our partners when faced with tough decisions, thankfully most of us will never need to discuss the type of incidents that these conversations revolve around.

Twisty and complex, this is a slow burning type read where you really get to understand the main characters. I really loved the growth of the relationship between the angst filled teen and the older woman and the big reveals, most I had not guessed.

I think this would make great tv.

Taut, emotive and utterly compelling, an unputdownable ‘ripped from headlines’ read from Alex Marwood, author of the huge word-of-mouth bestseller, The Wicked Girls.

When three-year-old identical twin Coco goes missing during a family celebration, there is a media frenzy. Her parents are rich and influential, as are the friends they were with at their holiday home by the sea.

But what really happened to Coco during her father’s 50th birthday weekend?

Set across two weekends – the first when Coco goes missing and the second, at the funeral of Coco’s father, where at last, the darkest of secrets will be revealed…

For me the scene setting and character development took just a little too long. However it did set the scene extraordinarily well – a life of pretentious self-absorption, a “look at me” “look at me” generation (and I am not talking gen Y!) full of unlikeable characters and over the top behaviours. There was not a lot to like here and a lot to loathe.

Suddenly all that changed! I was engrossed in the narrative – the cold and calculating behaviours, the self-absorption, the lies and the turmoil, the obvious effect that this self-indulgent lifestyle had on the younger members of this cast and the shocking tug at your heart strings disappearance of a child.

Later Camila/Mila, with the maturity/responsibilities that a death of a parent forces upon her somehow morphs into a somewhat more likeable character, Ruby her half-sister is unblemished by her birth rites, other than that the vast cast of characters are totally unlikable and unfortunately somewhat realistic. Somehow you find yourself absorbed in this read about ugly people with very ugly behaviours and the mystery regarding the disappearance of baby Coco.

The author leaves subtle clues (or maybe my intuition is just spot on) but I guessed the demise of baby Coco and the orchestrator and the reasoning behind the act and where we could find Coco. (No spoilers here). But the final chapter left me gutted! We are not given a neat and tidy happy ending or cause for too much optimism – and in the final chapter we are dumbstruck by yet another lie that leaves the reader gasping! 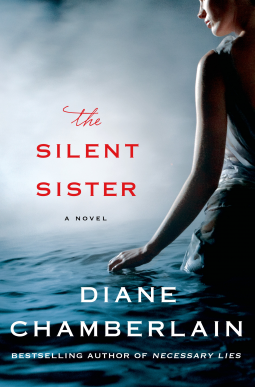 In The Silent Sister, Riley MacPherson has spent her entire life believing that her older sister Lisa committed suicide as a teenager. Now, over twenty years later, her father has passed away and she’s in New Bern, North Carolina cleaning out his house when she finds evidence to the contrary. Lisa is alive. Alive and living under a new identity. But why exactly was she on the run all those years ago, and what secrets are being kept now? As Riley works to uncover the truth, her discoveries will put into question everything she thought she knew about her family. Riley must decide what the past means for her present, and what she will do with her newfound reality, in this engrossing mystery from international bestselling author Diane Chamberlain.

What would you do for your family? What lengths would you go to, to protect the ones that you love? This narrative is full to twists and turns and surprising reveals…The truth can hurt but keeping that truth comes at enormous costs to all. Ms Chamberlain has written a very complex narrative that seduces the reader with a slow striptease of revelation; secrets and lies are stripped bare one item at a time, each reveal adding a new complexity to the story you thought you knew, adding more substance and alluding that more is to be discovered.

This is a very satisfying easy read that is prefect to curl up with by the fire in winter or to read on the plane or on the beach.