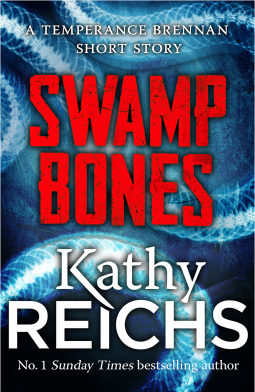 A new, exclusive straight-to-digital Temperance Brennan short story from Kathy Reichs, world leading forensic anthropologist and No.1 bestselling author of Deja Dead, Bones Are Forever and Bones of the Lost.

Forensic anthropologist Dr Temperance Brennan has just arrived in Florida’s Everglades for a much-needed break when she is unwittingly thrown into the middle of a deadly case with its roots in the darkest depths of the swamp.

Capturing the essence of a story, bringing characters to life and adding mystery and tension to a realistically described setting is difficult enough when you have a full sized novel to build and share you narrative but to be able to condense the word/page count and still achieve the sense of storytelling prevalent in this novella is an outstanding achievement and speaks of the masterful way Kathy Reichs is able to deliver her story in any format. Excellent! 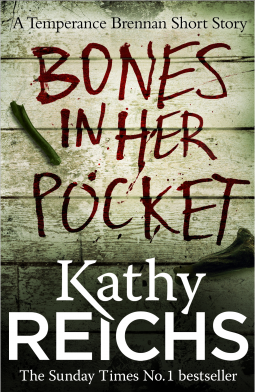 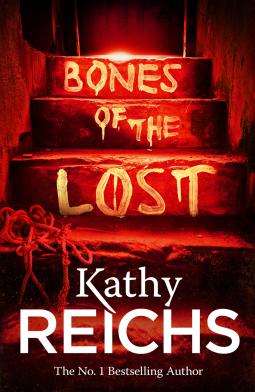 Bones of the Lost

The body of a teenage girl is discovered along a desolate highway on the outskirts of Charlotte. Inside her purse is the ID card of a local businessman who died in a fire months earlier.

Who was the girl? And was she murdered?

Dr Temperance Brennan, Forensic Anthropologist, must find the answers. She soon learns that a Gulf War veteran stands accused of smuggling artifacts into the country. Could there be a connection between the two cases?

Convinced that the girl’s death was no accident, Tempe soon finds herself at the centre of a conspiracy that extends from South America to Afghanistan. But to find justice for the dead, she must be more courageous – and take more courageous action – than ever before.

Kathy Reichs is an exceptional writer – every book she has written in the Tempe Brennan series delivers a well thought out plot, with many twists and turns, main characters which are largely empathetic, scenes that are detailed and extremely visual; she is able to set up “place” and “time” so convincingly. This novel is no different.

I raced through this read wanting to discover the identity of the young girl, wanting to see the bad guys held to account for their actions and I was not disappointed.  Reichs successfully inter weaves  three seemingly unrelated stories to create this narrative – one of a unidentified young girl left dead on the road side, one of identifying smuggled artefacts and the final taking place in down town Afghanistan –  where Brennan’s forensic anthropology skills are put to the test under war zone conditions.

I enjoyed that part of this story was set in Afghanistan as mostly all I know of the country is what I see on news flashes announcing more dead soldiers. I liked getting this second hand glimpse of what it is like to be stationed in this war zone. It is scary when air strikes become the norm. It is not a situation I would like to be in.

And in the foreground the complicated personal life of Tempe Brennan plays out; the men who are most important to her make an appearance and at the conclusion we are given hints of a possible romance… or are we being fed a red herring?

This is a great forensic/police procedural that is peppered with humour, something I was not expecting – I particularly liked the comment about exercise after Tempe discovers an Exercise After Forty newsletter in her emails (p.68): “Unable to sit still, I raced up the stairs two at a time. Exercise after forty.”  There were many instances where I felt a smile break out as I read this murder/mystery.

All in all a well written, satisfying crime/mystery.  I look forward to the next episode.