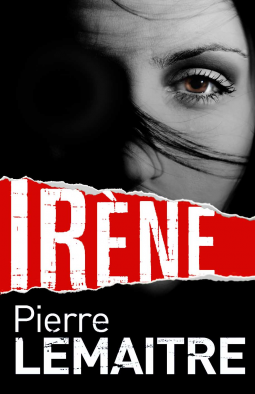 For Commandant Verhœven life is beautiful: he is happily married, expecting his first child with the lovely Irène.

But his blissful existence is punctured by a murder of unprecedented savagery. Worse still, the press seem to have it in for him – his every move is headline news. When he discovers that the killer has killed before – that each murder is a homage to a classic crime novel – the fourth estate are quick to coin a nickname . . . The Novelist . . .

With both men in the public eye, the case develops into a personal duel, each hell-bent on outsmarting the other. There can only be one winner – whoever has the least to lose . . .

My first thoughts are that this book is bloody and dark and twisted beyond my general tolerance for such things. The horror, torture, brutality and the vivid depiction of the savage crimes against women left me stunned and shattered my dreams. I woke with a bad taste in my mouth.

However with reflection and distance I can see the book is very well written and translated, the only problem here  that this, the first book in the series was translated and released second to the memorable Alex, Alex is outstanding. Which also meant that the reader already had some idea of the outcome for the book before they started reading Irene. As I have read a considerable number of books since reading Alex this was not too much of a problem for me.

Back to the merits of the book; great character development, a rich and twisted plot, a narrative that pays homage to other esteemed books of crime fiction including but not limited to American Psycho and the Black Dahlia. This referencing adds another layer to the narrative and is cleverly executed.

In all this is a fast paced, compelling and violent read that necessitates reading with one hand partially covering the eyes at times and sleeping with the light on. 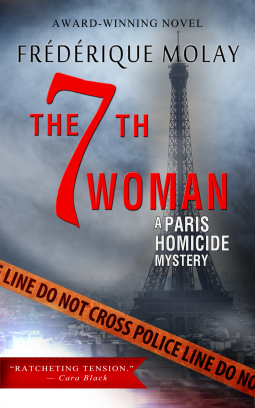 There’s no rest for Paris’s top criminal investigation division, La Crim’. Who is preying on women in the French capital? How can he kill again and again without leaving any clues? A serial killer is taking pleasure in a macabre ritual that leaves the police on tenterhooks. Chief of Police Nico Sirsky–a super cop with a modern-day real life, including an ex-wife, a teenage son and a budding love story–races against the clock to solve the murders as they get closer and closer to his inner circle. Will he resist the pressure? The story goes behind the scenes with the French police and into the coroner’s office, with the suspense of Seven, with CSI-like details. Winner of France’s most prestigious crime fiction award; named Best Crime Fiction Novel of the Year; and already an international bestseller with over 150,000 copies sold.

This narrative really went overboard on the detail – in the autopsy room and in the details of the crimes being committed and the crime scene investigation; whilst the descriptions were authentic and accurate (I believe) there was just too much detail and horror for my reading pleasure. Further I could not tell if the book wanted to be a cozy crime fiction, the instant- falling- in- love- at- first- sight by the dashingly handsome super cop Nico Sirsky alluded to this genre but the level of intense sadistic violence took the book on a different journey.

I am sorry to say I found the characterisation flat and unimaginative – maybe something got lost in the translation or maybe it was lacking in the writing –maybe it would have flowed better if read in its original language? Who knows but I was expecting so much more from the creative side and less of the forensic violent details.  The bones of the plot were quite compelling but I would have liked to have seen the narrative handled in a different way, more psychological tension than actual sadistic detail.   Sometimes less is more.