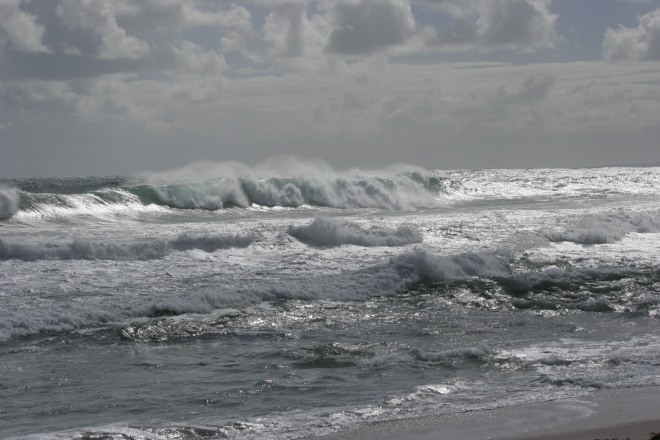 Mother Nature at her turbulent best 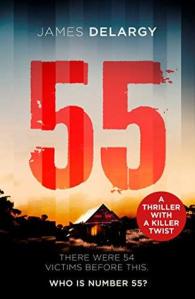 A thriller with a killer hook, and an ending that will make you gasp!

Wilbrook in Western Australia is a sleepy, remote town that sits on the edge of miles and miles of unexplored wilderness. It is home to Police Sergeant Chandler Jenkins, who is proud to run the town’s small police station, a place used to dealing with domestic disputes and noise complaints.

All that changes on a scorching day when an injured man stumbles into Chandler’s station. He’s covered in dried blood. His name is Gabriel. He tells Chandler what he remembers.

He was drugged and driven to a cabin in the mountains and tied up in iron chains. The man who took him was called Heath. Heath told Gabriel he was going to be number 55. His 55th victim.

Heath is a serial killer.

As a manhunt is launched, a man who says he is Heath walks into the same station. He tells Chandler he was taken by a man named Gabriel. Gabriel told Heath he was going to be victim 55.

Gabriel is the serial killer.

Two suspects. Two identical stories. Which one is the truth?

James Delargy has written one of the most exciting debuts of 2019. He masterfully paints the picture of a remote Western Australian town and its people, swallowed whole by the hunt for a serial killer. This novel has been sold in 19 countries so far and has just been optioned for film.

I don’t think I have come across a book of crime fiction that has such an interesting theme; suspect or victims, two identical stories. Who is telling the truth?

This is a story of family, of connections, of missing people, of the past and how it can shape our future and of course, crime. With a dual time line, we follow the fate of two rookie policeman searching the remote countryside for a missing person. We learn of their individual characters, their empathies, their aspirations as we join the search for the missing man.  The terrain, the isolated, hostile, unforgiving countryside is the largest character in this work. It has a huge impact on all that happens in this narrative.  Don’t underestimate its power.

In the current time we again follow the two same cops as they again deal with a missing person – the circumstances are so different, foreboding colouring the search, the echoes of the past never far away,  the landscape still just as harsh, still unforgiving and hiding many secrets.

This is an intriguing read however the ending did not bring me any satisfaction; ending on a cliff hanger, so much action and tension in the last few chapters, I wanted more.  Perhaps there is a part two to come? 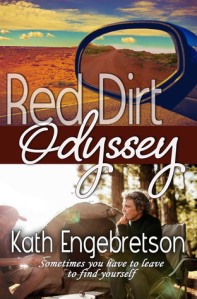 “There are things out there worse than sharks.”

A young fisherman is missing from the crayfish boats in the harsh West Australian coastal town of Stark. There’s no trace at all of Elliot, there hasn’t been for some weeks and Paul, his younger brother, is the only one who seems to be active in the search. Taking Elliot’s place on their antagonistic cousin’s boat, Paul soon learns how many opportunities there are to get lost in those many thousands of kilometres of lonely coastline.

Fierce, evocative and memorable, this is an Australian story set within an often wild and unforgiving sea, where mysterious influences are brought to bear on the inhospitable town and its residents.

“There are things out there worse than sharks.”

This book had a charm and appeal that slowly slowly makes a space for itself in your head and your heart.  Is it the familiar countryside, the mystery, the characterisations, the seductive narrative that weaves subtle tentacles around you insisting you read more and more?

I think it is combination of all the above plus a level of honesty and transparency of writing that has an appeal all of its own.

Mystery and coming of age narrative, a great combination; I celebrated the point where Paul realised his parents were people too – that they had personalities, flaws, emotions, lives… responsibilities…not just to their children.

A great debut, I only had one niggling problem – and that was about how the dialogue was presented on the page – the lack of speech/quotation marks to identify a conversation often had me re reading paragraphs to make sense of things. Speech was identified by the use of “said”; Jules said, Michael said, Paul said… too many “saids” for me. Maybe I am old fashioned, used to a certain style of grammar- this method I found distracting.

PS I liked that how this book shone a spotlight on the current social/health issue – ice/meth drug use.

Three generations of Stewart women share a deep connection to their family farm, but a secret from the past threatens to tear them apart.

Widowed matriarch Maggie remembers a time when the Italian prisoners of war came to work on their land, changing her heart and her home forever. Single mum Toni has been tied to the place for as long as she can recall, although farming was never her dream. And Flick is as passionate about the farm as a young girl could be, despite the limited opportunities for love.

When a letter from 1946 is unearthed in an old cottage on the property, the Sunnyvale girls find themselves on a journey deep into their own hearts and all the way across the world to Italy. Their quest to solve a mystery leads to incredible discoveries about each other, and about themselves.

Dual time settings, a recent history that beckons and beguiles, strong passionate women working on their own land – what more could you ask for? I loved the settings – as I started reading I was sitting in my own garden, coincidentally one of the protagonists was working in hers! She had the screeching of galahs as she admired her tomato plants, I raced around scaring Twenty-eights (demon parrots) from our olive trees, roses, tomatoes and anything else that looked young and fresh and green growing in our garden. Immediately I was transported and enmeshed in this story of the land.

More than a rural romance this narrative opens up a window to a local history that I quickly discovered I wanted to learn more about – the internment of POWs and immigrants in Australia during the Second World War, a population that helped shaped the countryside by working on farms in rural Australia. I am surprised that I have not come across more of this type of local history before now – this would make a brilliant heart-warming film of significant multicultural interest.

PS – did I mention the writing – flowing, fun, enjoyable and realistic. Take me to Italy any day even if only with your words.

Yesterday we had a stroll around some of the beautiful Swan River  – lovely parks and path ways, sculptures and exercise machines for the community  to use and enjoy along the way. Bob the Dog enjoyed the relaxed atmosphere and pleasant conditions too. 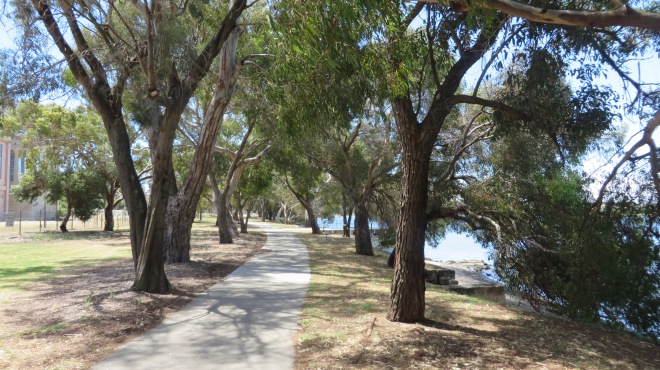 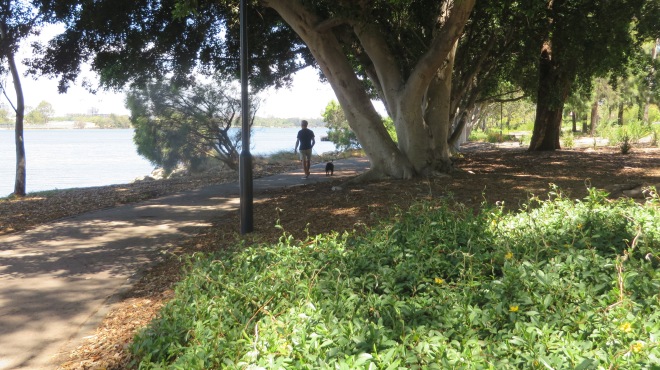 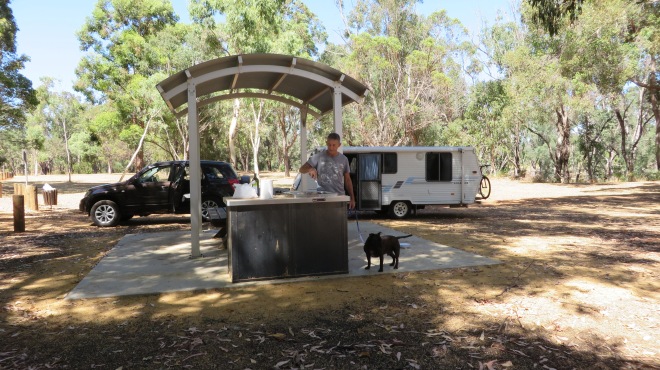