Some shots of the beautiful grounds at the caravan park in Kapunda South Australia.  And the computer is now fixed 🙂

And the beautiful rose garden.

Today we moved house  and on the Balaclava to Auburn Road I found an amazing must have shot- I have been adoring the images of so many abandoned stone built farmhouses on the Yorke Peninsula, I wanted to get a shot when the opportunity arose. So..we packed up this morning and headed to our next destination – the Barossa Valley. Along the way the opportunity for the “money shot” arose. I had to have it.

Which do you think wins the prize?

Gorgeous!  Or perhaps this shot?

Or perhaps this one?

Thanks to the many who stopped and gave assistance. What great friendly helpful people.

No tears until we got to Kapunda and set up the caravan (and cleaned husbands shoes, and car door and steering wheel…) and plugged in laptop and the hard disk crashed:( 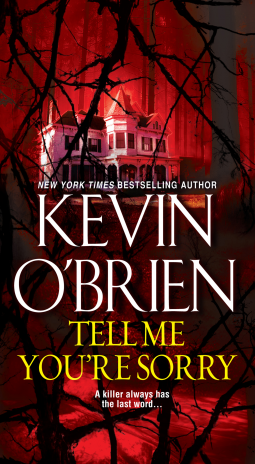 A family is wiped out after a burglary gone wrong. An executive accused of embezzling kills himself and his loved ones. A house fire claims the lives of all its inhabitants. Separate incidents with two common threads–a first wife who took her own life, and a secret the victims took to their graves. . .

Stephanie Coburn has barely recovered from her sister’s mysterious suicide before her brother-in-law and his new wife are murdered, her face disfigured beyond recognition. Stephanie never met the bride, has never even seen a clear photograph. But she knew her sister, and she knows something is desperately wrong. . .

The police won’t listen. Her only ally is another victim’s son. Step by step, they’re uncovering a trail of brutal vengeance and a killer who will never relent–and whose forgiveness can only be earned in death. . .

This is a pulse racing 500 odd pages of adventure, mystery, suspense, tension and …just a few murders. There were several places in the narrative that I caught my breath and waited for my pulse to settle before I read on. O’Brien certainly knows how to spin a complex, intriguing and great psychological drama that keeps you on the edge of the chair whilst you carve a swathe through this narrative. You will not want to put this book down!

I urge you to sit, read and enjoy this masterful creation of suspense and fear; don’t try and think too much, just read and absorb and let the story take you away…to somewhere where the  atmosphere and the sense of evil and foreboding dominate, where you breathe tight fast breaths and you  forget about the outside world. What a great book to lose yourself in. Indulge your passion for nerve tingling, psychological mystery with this great read 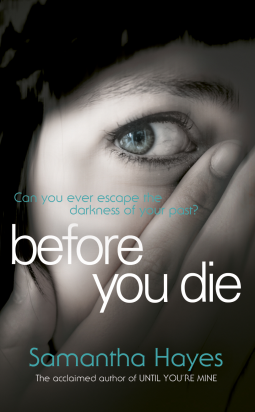 The gripping new psychological suspense novel from the author of Until You’re Mine.

It has taken nearly two years for the Warwickshire village of Radcote to put a spate of teenage suicides behind it.

Then a young man is killed in a freak motorbike accident, and a suicide note is found among his belongings. A second homeless boy takes his own life, this time on the railway tracks.

Is history about to repeat itself?

DI Lorraine Fisher has just arrived for a relaxing summer break with her sister. Soon she finds herself caught up in the resulting police enquiry. And when her nephew disappears she knows she must act quickly.

Are the recent deaths suicide – or murder?

And is the nightmare beginning again?

I haven’t read Ms Hayes earlier book so had no expectations from this novel other than a good narrative well told. And that is exactly what I got – a strong narrative, a clear and honest writing style, some credible characters, a few plot twists and turns and a resolution …of sorts.

This is a solid effort but not one that I found gripping or indeed compelling and I did think the character Gil needed a bit of softening and less of the stereotyping.  A good read but not impressive.

And the prerequisite jetty at Ardrossan.

Frank has been in a car accident*. The doctor tells him he lost his spleen, but Frank believes he has lost more. He is missing memories – of those around him, of the history they share and of how he came to be in the crash. All he remembers is that he is a lawyer who specialises in small print**.

In the wake of the accident Frank begins to piece together his former life – and his former self. But the picture that emerges, of his marriage, his family and the career he has devoted years to, is not necessarily a pretty one. Could it be that the terms and conditions by which Frank has been living are not entirely in his favour***?

In the process of unravelling the knots into which his life has been tied, he learns that the devil really does live in the detail and that it’s never too late to rewrite your own destiny.

*apparently quite a serious one

**words that no one ever reads

*** and perhaps never have been

I really enjoyed this quirky funny narrative – the writing was engaging, the settings and characters fully fledged and I really enjoyed the terms and conditions (self-talk) that featured on most pages. The protagonist, Frank, is bravely saying to the readers (and himself) what he cannot say out loud to whomever he happens to be conversing with. He is not brave, he is non-confrontational and he is starting to wise up to the manipulation he has been subjected to – and he doesn’t get angry (well only just a bit) he gets even; “The Terms and Conditions of Revenge: It’s best served cold (with a side serve of humiliation) (p.214) and this revenge is very well executed – it has me cheering in the background. I think there is a little bit of Frank in most people, and hopefully not too much of Oscar or Alice.

Dear Rachel Happy Birthday – wish we were with you to help celebrate….sending all our love. Have a great day. Mum, Dad and Bob the Dog xxxx

A remarkably moving read – this review written with silent tears running down my face. I am holding in the sobs. 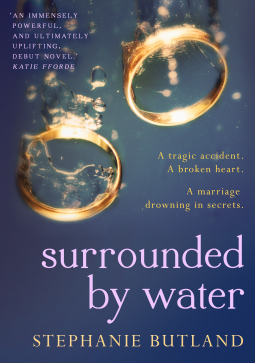 Elizabeth’s world is turned upside down when her husband dies in a tragic drowning accident.

How typical of her kind, generous husband – a respected police officer – to sacrifice his own life saving a complete stranger’s.

Or so she thinks.

What exactly was her husband doing at the lake that night? And what if his death isn’t the most difficult thing she will have to deal with?

Elizabeth must face the consequences of her husband’s actions. As she does so, it seems that the end of Mike’s life is only the beginning of his wife truly getting to know him.

A remarkably moving read – this review written with silent tears running down my face. I am holding in the sobs.

A book that makes you really feel is unique and wonderful, a book that makes you cry is a gift to be treasured – this is such a book! I loved the way the author has the protagonist write letters to her dead husband…the letters are so moving, poignant and achingly sad and yet at the same time  share with the reader the wonder and marvel of  a true lasting love.

However there is an undercurrent of suspicion delicately woven into this narrative – just what was her husband up to on that fateful night and begs the question did he actually know this stranger he died to save? The mystery gently gnaws at your subconscious as you continue reading. This is a wonderful portrait of love, loss, grief and… infertility – I don’t think I have come across grief and grieving so authentically revealed – or love for that matter. The author gives her characters such great voices – I loved listening to them.